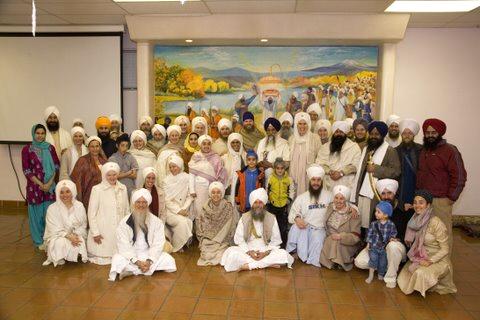 US Sikhs applaud the lifting of ban on Kirpan at Gurdwara of Rochester, New York

Comments Off on US Sikhs applaud the lifting of ban on Kirpan at Gurdwara of Rochester, New York 677 Views

Beverly Hills, California, USA: Judge Mathew A. Rosenbaum, Supreme Court Justice in State of New York today lifted all restrictions on carrying the ceremonial sword-‘Kirpan’ at Gurdwara of Rochester, a Sikh House of Worship in Rochester, New York. Due to a local dispute, the carrying of Kirpan was banned by a court in New York on May 2010, later to exempt six inch size and the larger size carried by the clergy. The Sikhs in USA and elsewhere protested on any restriction.

The committee headed by Bhai Sahib Satpal Singh Khalsa, Ambassador of Sikh Religion in the Western Hemisphere, has been working diligently since then. Dr. Bhai Harbans Lal, a noted Sikh activist-scholar known to both Plaintiffs and Defendants was invited to assist. Both Bhai Sahib Satpal Singh and Bhai Harbans Lal succeeded in getting the kirpan ban lifted unconditionally. They hope to win over the parties to amicable settle other disputes outside of the court. The Sikh issues should not be dictated by any court of law but rather resolved with prayer and humility the Sikhs are known to exercise.

It is important to note that while issuing the order to lift the complete ban on Kirpan at GOR, Judge Rosenbaum referred to Sri Akal Takhat Sahib as the Supreme Sikh Authority and acknowledged its influence over Sikh affairs around the globe.

The Jathedar Sahib of Sri Akal Takhat, Singh Sahib Gurbachan Singh Ji welcomed the decision of the Judge to lift the complete ban on Kirpan. Bhai Sahib Satpal Singh Khalsa joins other Sikh congregations in North America applauding the efforts of the Board of Trustees at GOR who worked diligently to get the Kirpan ban lifted. Discussions are ongoing to resolving other issues at Gurdwara of Rochester. The parties will be meeting with the Judge on June 12, 2013 for a mediation meeting.