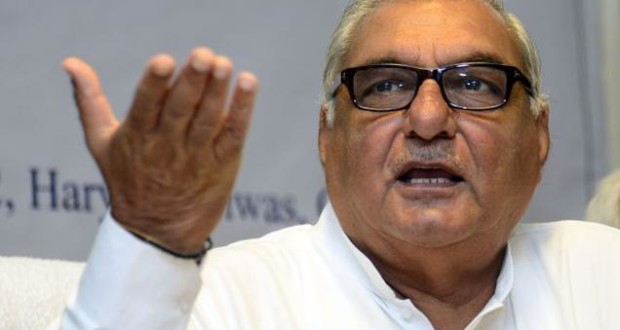 Chandigarh: It is likely to be a turning point for Haryana Sikhs tomorrow with the state government expected to fulfill its long-pending promise of announcing the creation of a separate Shiromani Gurdwara Prabandhak Committee (SGPC) at a conference in Kaithal.

The announcement, expected to be made by Chief Minister Bhupinder Singh Hooda, is likely to come despite immense pressure from the SGPC to stall the move. During a programme in Sirsa today, Hooda said the announcement would be in consonance with the expectations of the Haryana Sikhs, while PWD minister Randeep Singh Surjewala, at a programme in Kaithal, warned Punjab against interfering in the affairs of Haryana.

To scuttle the “politically motivated” step of the Haryana Government, SGPC president Avtar Singh Makkar has announced a protest on July 7 in Jind. He said those supporting a separate SGPC could face action for violating the verdict of the Akal Takht.

The state unit of the BJP has also expressed its displeasure over the Congress “meddling in the religious affairs of the Sikhs for political gains”. The Shiromani Akali Dal (Amritsar) has termed the constitution of the Haryana SGPC as a “political plan of the Congress to win over 18 lakh Sikh voters in Haryana” and accused the Punjab Government of “mismanaging the show”. The SAD (Amritsar) has decided to hold a separate conference in this regard by July-end.

The Haryana SGPC (ad hoc) team of Didar Singh Nalvi and Jagdish Singh Jhinda, spearheading the demand for a separate body to manage Sikh shrines in the state, has already turned down a truce offer from the Akal Takht.

In Kurukshetra yesterday, the Akal Takht team had offered Haryana Sikh leaders an autonomous 11-member sub-committee to run the affairs of the Haryana gurdwaras, which was rejected.

Preparations for the conference are in full swing at Kaithal. Nalvi and Jhinda are sensing victory but are also apprehending trouble from Punjab due to some “vested interests”.

“The SGPC is sore about a separate body for Haryana. It has threatened of serious consequences if our plan fructifies. They can do anything, but we are prepared. There will be fool-proof security arrangements at the Guru Gobind Singh Stadium where the conference is going to be held,” Jhinda said.

The local administration, too, is on alert and is making special security arrangements in keeping with the sensitivity of the issue.

Deputy Commissioner NK Solanki said a helipad would be made on the stadium premises for the Chief Minister and nearly 1 lakh people were expected to attend the conference. SP Kuldeep Yadav said 1,000 police personnel would be on duty around Patti Afghan, the venue. “All those participating in the conference will be thoroughly frisked,” he said.