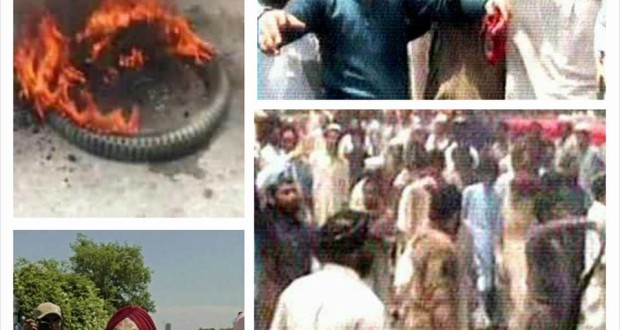 Comments Off on Gunmen shoot at Sikh men in Peshawar market, one dead. 664 Views

Peshawar, Pak:  Members of the Sikh community in Peshawar came under attack on Wednesday, with one killed and two injured in a firing incident. Following the attack, protestors took to the streets and burnt tyres blocking roads including the grand Trunk (GT) road in Peshawar.

The demonstrators chanted slogans against what they said was the government’s failure to protect members of minority communities and demanded the immediate arrest of those involved in the attack.

The protestors tried to approach the Chief Minister’s House but were stopped by security. Later the demonstrators headed towards the Governor’s House.

Police officials said unidentified armed men opened fire at members of the Sikh community when they were at Shabab market in the Hashtnagri area.

DawnNews reported that Jasmot Singh, Bahram Singh and Manmit Singh were attacked when they were at their respective shops in the market. The victims were rushed to the Lady Reading Hospital immediately after the attack, where one died.

Negotiations between members of the Sikh community and the administration was also underway.

After a number of kidnappings from among the Sikh community in Khyber-Pakhtunkhwa (KP) and other tribal areas, some members have decided to wind up their shops in KP and relocate to Rawalpindi.

In a report published earlier this week, one Sikh man Saroop Singh said, “Hasanabdal is a much safer place for the Sikhs to live, as it is one of our holiest sites. Our families feel much secure there, living among other Sikhs in Gurdwara Punja Sahib. Peshawar is not safe,” said Singh.