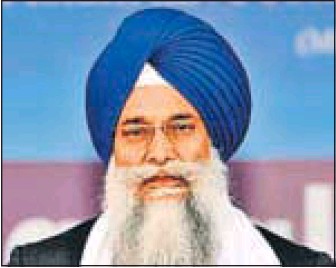 Comments Off on Don’t use anniversary as political platform: Akal Takht jathedar 570 Views

Amritsar, Punjab: Giani Gurbachan Singh, jathedar of the Akal Takht, has called upon t he Sikh community to observe the 30th anniversary of Operation Bluestar on June 6 “in accordance with Sikh religious traditions” and “not to indulge in political mudslinging”.

Operation Bluestar was carried out by the ar my in the Golden temple in 1984 to flush out militants seeking a separate Sikh nation called ‘Khalistan’. The operation has been criticised for ignoring religious sentiments and particularly for the severe damage to the building of the Akal Takht, the highest temporal seat of the Sikhs. The anniversary thus ignites extreme emotions.

Ter ming the anniversary as a day when the community “pays homage to its martyrs who died defending their place of worship”, the jathedar urged the Sikhs to observe the day in a peaceful manner. He made it clear that the anniversary “should not be used as a political platform by anyone”.

Like in the past, the main function would be held at the Akal Takht in the Golden Temple. Akhand Path (recitation of gurbani or religious hymns) will commence at the Akal Takht on June 4 and the bhog (culmination) will take place on June 6. Thereafter, the jathedar will address the community.