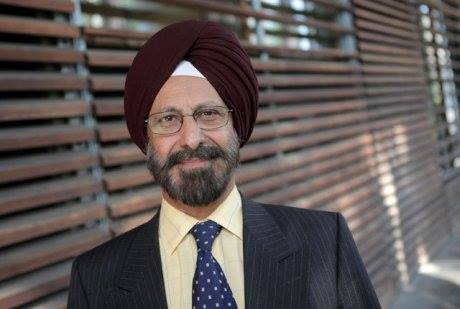 Poland: The Supreme Court has dismissed the case of Shaminder Singh Puri, a practicing Sikh who sued border guards about the violation of personal rights. This ultimately ends the case.

Shaminder Singh Puri is a British national of Indian origin who works as an expert on the environment. His job involves a great amount of international travel.

But Puri is also a practicing Sikh, which means that the most important element of his clothing is the turban. For every Sikh the turban is much more than just a long piece of fabric wrapped around the head.

Shaminder Singh Puri (a graduate of the University of Warsaw) was asked to remove his turban at Warsaw airport on five occasions between 2009 and 2011.

Ultimately he decided to sue the Chief of the Border Guard of violation of personal rights. He demanded an apology and compensation.

The main argument of lawyers Puri was that the actions of border guards were disproportionate. They immediately ordered him to remove his turban, instead of using other methods of control.

In the earlier judgments of the judges of both the Warsaw Regional Court and the Court of Appeal in Warsaw accepted is true that his personal rights (including freedom of conscience and religion) have been violated. But, to take account the lawsuit, a violation of property would have to be unlawful. Meanwhile, the border guards have the right to control everyone and the way in which they consider appropriate with respect to passenger safety.

Today with this reasoning, the Supreme Court agreed and dismissed the complaint of Shaminder Singh Puri. The judges concluded, inter alia, that the border guards every time approached Puri with respect to religion and if ordering him to remove the turban, it was in a separate room, inaccessible to other passengers.

– We accept the decision with humility, but I feel unsatisfied when it comes to the content of reasons – said Adam Bodnar of the Helsinki Foundation for Human Rights, who helped Puri in this case. – We shall consider the matter go further, to the European Court of Human Rights