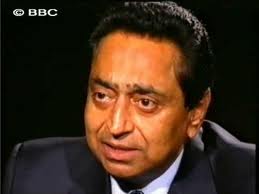 New York, USA: A Sikh rights group has filed a criminal complaint against Minister for Urban Development Kamal Nath, who is heading the Indian delegation at the World Economic Forum in Davos, with the Swiss Attorney General seeking his arrest and prosecution for allegedly conspiring in the 1984 Sikh Genocide.

The Attorney General of Switzerland has docketed a criminal case against Mr Nath on the complaint of Sikhs for Justice (SFJ), who said he should be arrested and prosecuted for “conspiring, directing, inciting genocide of Sikhs during November 1984”.

Federal Prosecutor Laurence Boillat has forwarded the criminal complaint to the State of Grison’s Office of Public Prosecutor. The rights group said further action can be taken against Mr Nath in Switzerland as he would be in the nation to attend the annual economic summit.

SFJ legal adviser Gurpatwant Singh Pannun said the group would present evidence and documentation of the minister’s alleged role in the genocide that ensued after the death of then Indian Prime Minister Indira Gandhi.

He said the Swiss Criminal Procedure code provides for an accused person to be arrested and brought before the authorities if it is suspected that the person has committed a felony or misdemeanor.

SFJ and Swiss NGO Movement Against Atrocities and Repression (MAR) filed the preliminary indictment with Swiss Attorney General Michael Lauber, urging prosecution of Mr Nath. MAR would also hold a ‘Justice Rally’ on January 26 in Davos urging action by the Swiss authorities against the minister.