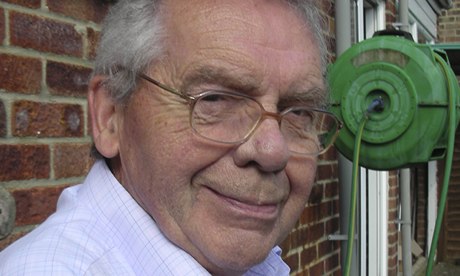 Comments Off on Sikh researcher Owen Cole passes away 557 Views 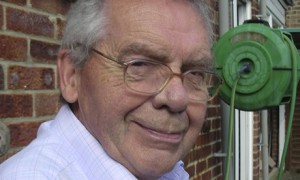 UK: For many students and teachers, the name of my friend and colleague Owen Cole, who has died aged 82, is synonymous with the study of Sikhism. He was a pioneering educationist, staunchly committed to the transformation of religious education from instruction primarily in Christianity to a subject that would develop an understanding and appreciation of world faiths.

Owen was born in Sheffield and went to schools in Bradford and Newcastle. At Durham University he graduated in history and obtained a diploma in education. As a conscientious objector he refused to do postwar national service on the grounds that the Jewish and Christian scriptures stressed the need to love one’s neighbours as oneself.

He met Quakers during his service with the Friends’ Ambulance Unit and decades later (after many years in the Church of England) he joined the Religious Society of Friends. He was inspired by his father, a liberal-minded Congregational minister, and subsequently by his friendships with people of many faiths.

Owen taught in a primary school in Corsham, near Bath, in a comprehensive school in Harlow, Essex, and at Northern Counties College in Newcastle (now Northumbria University), before moving in 1968 to James Graham College in Leeds (now Leeds Metropolitan University). In 1980 he was appointed to the West Sussex Institute of Higher Education (now the University of Chichester), where he became head of religious studies in 1984.

It was in Leeds that Sikhs became part of Owen’s life. In 1969, he co-founded the influential Shap Working Party on World Religions in Education. His commitment to multifaith religious education and his close friendship with the Sikh scholar Piara Singh Sambhi led to them writing – together and separately – many publications for schools on the Sikh tradition, starting with Sikhism (1973), as well as substantial works including The Sikhs: Their Religious Beliefs and Practices (1978, republished 1995), The Guru in Sikhism (1982), Sikhism and its Indian Context 1469-1708 (1984), Sikhism and Christianity: A Comparative Study (1993) and Understanding Sikhism (2004). Owen’s recent publications include the autobiographical Cole Sahib (2009) and The Jesus Diary (awaiting print publication).

Owen described himself as “a populariser rather than a scholar”, yet his role nationally and internationally in furthering an informed understanding of Sikh tradition is incalculable. In 1980 he was appointed honorary Anglican interfaith consultant to the archbishops of Canterbury and York. In 1983 he was visiting professor in religious studies at Punjab University, Patiala, India.

Owen will be remembered for his integrity, compassion and determination. His wife and latterly carer, Gwynneth, whom he married in 1957, died two months before him. He is survived by their daughters, Eluned and Sian, and two grandchildren, Rhiannon and Ben.

Previous: Golden Temple entrance plaza partially opens for devotees
Next: Andrew Cash reacts to the tabling of the Charter of Values 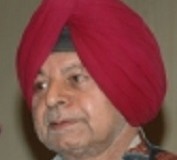 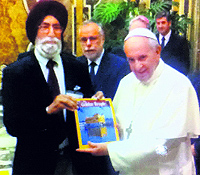