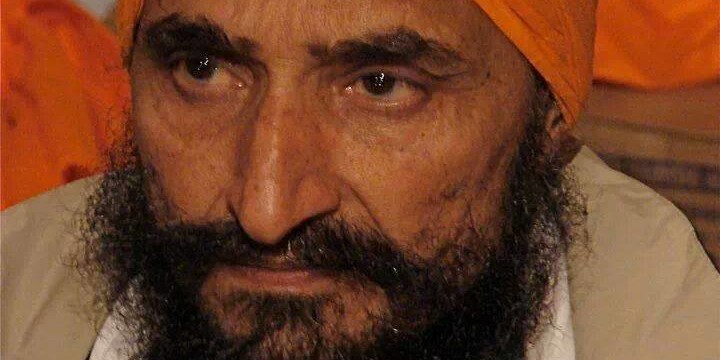 Amritsar, Punjab: Sikh high priests today directed activist Gurbaksh Singh Khalsa, who has been on an indefinite fast for the past 40 days in Mohali, to end his hunger strike with immediate effect. The decision was taken during a meeting at the Akal Takht Secretariat.

The Sikh clergy said they supported his Panthic agitation seeking the release of Sikh detainees from prisons. The directive, signed by Sikh high priests, was dispatched to Gurbaksh Singh.

They said the Punjab Government had initiated steps to secure the release of six Sikh detainees. Two of them – Lal Singh and Gurmeet Singh – have been released recently.

They also asked the Sikh community to support the activist in his cause and ensure that Sikh prisoners languishing in jails were released.

The Sikh clergy said they were directing Khalsa to end his fast since his life was precious for the Sikh community.

They also asked the Shiromani Gurdwara Parbandhak Committee (SGPC) to rope in Sikh organisations in India and abroad to step up efforts to secure the release of Sikh detainees.

The Akal Takht Jathedar said they were concerned about Gurbaksh Singh’s deteriorating health as he was now suffering from pneumonia.

Dal Khalsa spokesperson Kanwar Pal Singh called the Akal Takht Jathedar’s decision “not enough” and “too late”. He said the Jathedar’s position had been self-contradictory all along.

“Had the Jathedar taken the lead right in the beginning, the issue would have been resolved by now. The directive should instead have been issued to the SAD president to ensure the release of detainees within a specified time frame,” he said.

Further, Sikh scholar Ashok Singh Bagarian said: “The directive to Gurbaksh Singh will not go down well with the Sikh masses.”