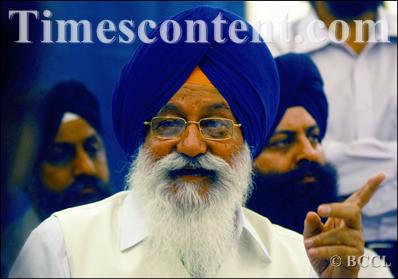 SGPC condemns targeting of Sikh truck driver in US

Amritsar, Punjab: T he Shiromani Gurdwara Parbandhak Committee (SGPC) on Monday condemned the US police and law authorities for targeting a Sikh truck driver in America requested the Indian government to take up the matter at the diplomatic level with the US government.

Expressing concern over the incident, in which the police in the US state of Mississippi had called driver Jagjeet Singh a “terrorist”, SGPC president Avtar Singh Makkar said that despite repeated appeals by Sikhs worldwide against racial attacks on members of the community had failed to stop the assaults.

In this context, he also referred to last week’s assaulting of assistant professor Prabhjot Singh at Columbia University in the US. Even his attackers had called him a “terrorist”. “We have been making appeals and trying to explain to people worldwide that Sikhs are a peace-loving community and not terrorists,” said Makkar. “It is unfortunate that some insane people just fail to understand us,” he added in a statement issued here.

People needed to understand that Sikhs had distinct identity and they should not be mixed with other communities or seen as terrorists, Makkar further said. “Sikhs contributed to the development and progress of each country, including the US, where they have settled,” said the SGPC president, asking Prime Minister Manmohan Singh to intervene.

Previous: Seven ‘birs’ burnt in fire at gurdwara near Rupnagar
Next: UK Sikh sues bank over insult to turban