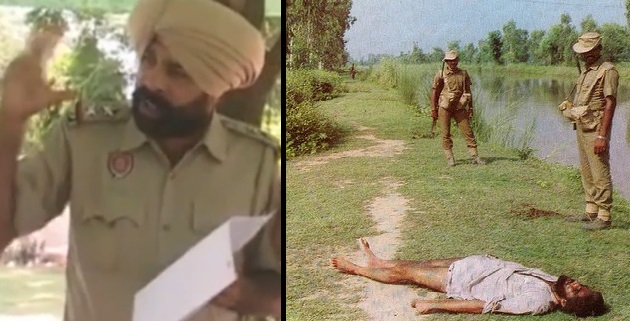 NDP EXPRESSES CONCERN OVER FORCED DISAPPEARANCES IN THE PUNJAB REGION

“The allegations brought forth by Surjit Singh are horrifying and tell a shocking tale of police abuse,” said Human Rights Critic Wayne Marston (Hamilton East—Stoney Creek.) “New Democrats have resolved to honour the work of the late human rights defender Jaswant Singh Khalra, who called for a full rendering of accounts in the cases of disappearances of Sikhs in the Punjab. A full investigation of the allegations made by Mr. Singh and others is very important for that process.”

In April, New Democrats passed a resolution at the Federal NDP policy convention to recognize Jaswant Singh Khalra as an important defender of human rights and in his memory, recommit to the pursuit of justice and transparency characterized by the NDP’s shared values of truth, justice and respect of human rights.

Since making these allegations, Mr. Singh has been suspended from his position and is reportedly in hiding over concerns of personal well being and safety. New Democrat members have received correspondence from Canadians expressing concern regarding the protection of Surjit Singh and the importance of a proper investigation into his allegations.

“We urge the Conservatives to take advantage of our longstanding and positive relationship with India to express concern over the safety of Surjit Singh,” said Foreign Affairs Critic Paul Dewar (Ottawa Centre). “Jaswant Singh Khalra’s Canadian connection should not be forgotten. Our government must remain committed to truth-seeking, healing and reconciliation”.

New Democrats believe a full-rendering of accounts is important and that Mr. Singh’s story should be freely told to investigators and the courts, so that justice can be pursued.

While both the Conservatives and Liberals have contributed to the degradation of Canada’s reputation as a promoter of peace and social justice, New Democrats remain dedicated to the protection of democracy and human rights in all corners of the world.