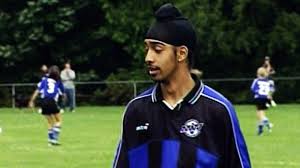 Comments Off on Canadian province move to ban turban 60 Views

The proposed ban is part of what the Quebec government calls its “charter of values”. It has divided the province of 8.1 million and mobilised the opposition. In recent weeks, Montreal has witnessed the rare spectacle of thousands of protesting Muslims, Jews and Sikhs marching together through the streets.

And reactions have been fierce elsewhere in Canada.

The federal Conservative government says it will fight the chang e in cour t. T he Ontario legislature has passed a motion of condemnation, and the Muslim mayor of Calgary has invited religious minorities to move to his city where “we don’t care how you worship”.

Previous: Attack on Gujarat Sikhs: BJP MLA in the dock
Next: PIL seeks display of sacred relics of Sikhs at Hira Mahal, Nabha