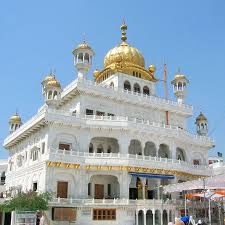 Amritsar, Punjab: In a significant decision, the Sikh clergy has banned keeping sofas, chairs or benches for seating the elderly people and differently abled persons in the main hall of gurdwaras where Sri Guru Granth Sahib was installed.

Terming it as disrespect to the holy book, the Sikh high priests instructed that gurdwaras should make seating arrangements for such people outside the hall.

Talking to mediapersons after the clergy’s meeting, Akal Takht Jathedar Giani Gurbachan Singh said they had, in July 2009, decided that gurdwaras could arrange seating facility for these two categories. But, it was not specified whether seating arrangements should be in the main hall of the gurdwara.

Takht no to ‘patit’ Sikhs in gurdwara panels abroad

The Jathedar objected to the presence of ‘patit’ (apostate) Sikhs in gurdwara managements abroad. He said it had been decided that all gurdwaras should have only ‘sabat soorat’ Sikhs (with unshorn hair) in their committees. He also directed the managements not to ban the entry of anybody in the gurdwara premises.

The clergy also laid out guidelines for taking out ‘Nagar Kirtan’ on ‘gurpurbs’. The ‘Panj Pyaras’ will now be followed by the palanquin having Guru Granth Sahib.

The Akal Takht Jathedar said it was noticed that people were acting as per their own wish while taking out the procession. It was observed that at times the palanquin was left behind in ‘Nagar Kirtan’, which was disrespect of the holy book.

The Jathedar also directed the SGPC to make efforts for the release of Sikh youths languishing in various jails of the country.

Responding to the Congress’ appeal for his intervention in the alleged involvement of SAD leaders in the drug trade, the Akal Takht Jathedar said the Akali Dal should act tough against such leaders. Supporting the SAD, he said if the accused leader was in the party then one must remember that it was the SAD regime only which acted against him and got him arrested.

The clergy has banned the shooting of any film in the Golden Temple Complex while stating that such shoots dented the esteem of the shrine. The Akal Takht Jathedar said if anyone wanted to shoot for a religious film, he should seek the permission from the SGPC president in writing.