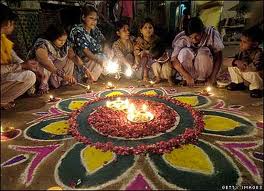 Canada:-It takes skill to handle South Asia’s overlapping complexities of religion and culture, the three friends say
Can India’s most popular festival bring together the disparate South Asians of Canada?

For Vancouver’s Milan Singh, Diwali is the fun and sacred time of year when she says “all my friends crash my parents’ house” to hang out, pray, eat her mother’s food and deliver some of it to nearby relatives.

The “festival of lights” is a rare and wonderful “convergence” of religions and ethnicities for the 28-year-old Indo-Canadian Hindu, since her friends and relatives include whites, blacks, Chinese, Christians, Muslims, atheists and Sikhs.

“It’s one of those moments in the year when you can invite anyone over. It’s a very auspicious time, a moment to reflect,” said Singh, a PhD student in communications at Simon Fraser University.

The effervescent young scholar would like an ethos of openness and mutual acceptance to become the key theme of Diwali, which at its best in India and Canada signals a time for South Asians and others to forget differences and come together in spiritual unity.

There appears to be a rising sense of “segregation” and “dogma” among some people of South Asian background in Metro Vancouver, say Singh and two of her friends, Paromita Naidu, who is also Hindu, and Naveen Girn, a Sikh. The three want to counter what they see as a worrying shift to ideological rigidity.

Agreeing that the three of them generally take an “inter-spiritual” approach to matters of faith, Singh, Naidu and Girn talked about the diversity of their friends and relatives and how they attend a range of services — at Sikh gurdwaras, Christian churches, Muslim mosques and Hindu temples, known as mandirs.

As they described the personal significance of the festival of Diwali, which officially begins on Tuesday, the well-educated young people (all three have masters degrees) showed their skill in handling the overlapping complexities of religion, ethnicity, class, artistic expression and multiculturalism.

Their common hope was that the segregation that seems to have been rising in B.C. since the 1970s among various kinds of Canadian South Asians — including those separated by languages such as Punjabi, Gujurati or Bengali — would be healed through “pan-Indian” festivals such as Diwali.

Traditionally, Diwali celebrates the victory of good over evil, a spiritual achievement symbolized by householders’ lighting scores of earthen lamps.

While Diwali is arguably the key annual festival in India and for Canada’s roughly 400,000 Hindus, it’s also marked by Jains and Sikhs (who view it as the anniversary of one of their guru’s liberation), and increasingly enjoyed by non-South Asian Canadians.

Singh, Naidu and Girn are wary of media outlets over-emphasizing that Diwali is primarily a religious festival. They see it as a more universal event, not just a time of gift-giving and exotic rites involving Hindu religious figures, such as Lakshmi.

“It’s not about the religious ritual and it’s less about giving gifts and money,” said Naidu, 40, owner of Lotus Eye Fashions and former chair of the hip music and arts festival Vancouver Celebrates Diwali. “Diwali is not about dogma. It represents a philosophy. It’s about goodness over evil and enlightenment over blind faith.”

Quoting her favourite philosopher from her own Bengali region of India, Rabindranath Tagore (who came to Vancouver in 1929), Naidu said it’s “crucial to free the mind from false faith, from illusion.”

Diwali is “a pan-Indian celebration that should unite everyone together,” added Naveen, 32, a Vancouver-born South Asian cultural historian and museum curator who co-created the website www.bhangra.me.

In the midst of low-level inter-religious and ethnic tensions, Naveen appreciates that even the most “orthodox” Sikhs have learned to respect the Hindu approach to Divali.

Hinduism is generally considered a monotheistic religion with one God, which in turns has thousands of manifestations in gods and goddesses. The key god associated with Diwali is Lakshmi, goddess of wealth.

However, when Naidu, 40, and Singh were asked to describe how they found spiritual meaning in Diwali, both revealed they found most inspiration in Durga, whom tradition describes as the “Mother of the Earth,” the goddess of female energy and symbol of both destruction and creativity.

What do these young Hindus, Sikhs and non-religious South Asians see as the future of Diwali on the eclectic West Coast?

Girn, who helped create SFU’s Komagata Maru Project, regrets many South Asian immigrants in Canada have became less “inter-spiritual” than those who were born here, or who came to Canada before the 1970s.

When strong waves of Hindu, Sikh and other immigrants from South Asia began arriving in B.C. four decades ago, the three agreed that cultural “segregation” grew, self-declared power-brokers emerged and many South Asians became highly “protective.”

For her part, Singh wondered if the future of South Asians in B.C. will be “polarized” — between traditionalists who hold tightly onto their particular faith, and those who are “more adaptive and try to unite the community.”

Girn envisioned South Asians taking part in an evolving “dialogue’ with each other and with non-Asians on a host of spiritual, economic, philosophical and ethical subjects.

It will become a far-reaching public dialogue, Girn predicted.

“It will redefine what it means to be Canadian.” 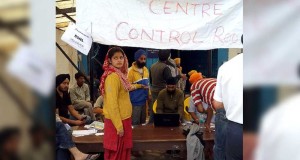 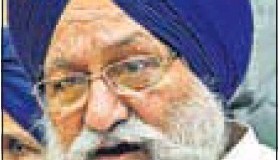