London, UK: United Sikhs handed the UK Prime Minister, David Cameron, a letter on Monday asking him to call on India to abolish the death penalty and to free Balwant Singh Rajoana, who is facing the death penalty. 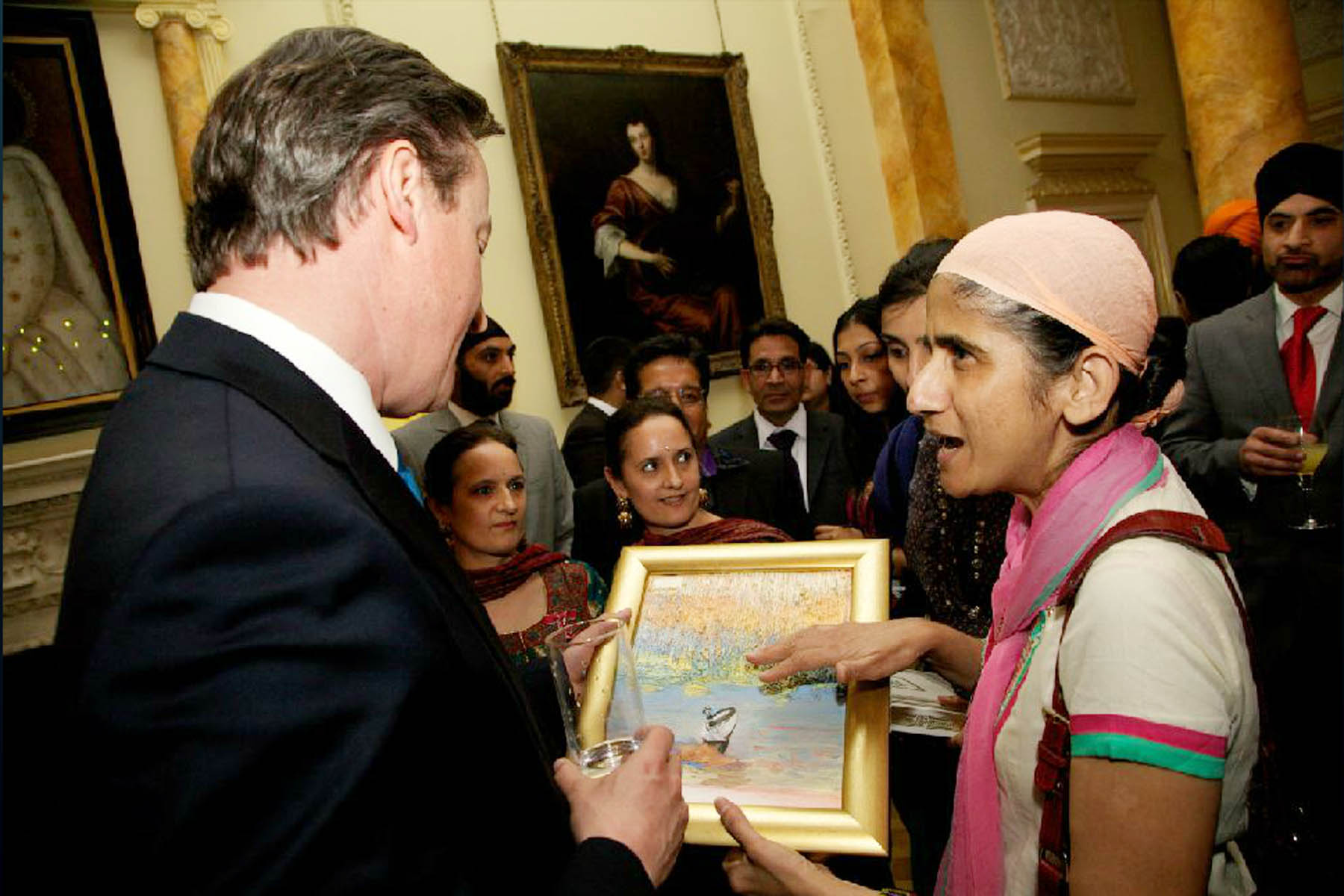 “Bhai Balwant Singh has already served 17 years behind bars for his role in the political assassination of the former Chief Minister of Panjab, who he held responsible for the torture, kidnap and killing of innocent Sikh youths in the 90s,” said Mejindarpal Kaur, United Sikhs legal director, in the letter that was handed to the Prime Minister on Monday during a Vasakhi reception at his official residence at No. 10 Downing Street, which was attended by more than 200 UK Sikhs.

United Sikhs brought to the PM’s attention Amnesty International’s report on human rights violations in Panjab at the following link.

The PM was informed that Sikhs in the UK have signed petitions addressed to their MPs and MEPs asking them to intervene, to stop the execution of Balwant Singh Rajoana. UNITED SIKHS also reminded the PM about the continuing challenges to religious freedom globally, especially in the aftermath of 9/11.

“We congratulate you for declaring that there is a place for religion in the public place, even though it is a private matter,” Mejindarpal Kaur said to the Prime Minister whilst handing the letter, after presenting an oil painting by a volunteer, an artist trained at the renowned Slade School of Art (London) of a Sikh doing prayers during ishnaan (holy dip) in the Sarovar at Darbar Sahib, Amritsar. The Prime Minister was also presented a book titled ‘The Golden Temple of Amritsar, published by a social enterprise company, Kashi House.

“Since the Vasakhi of 1699, initiated Sikhs are mandated to wear the five Kakaar (or 5 Ks) (articles of faith) – Kesh (unshorn hair covered by a turban), Kirpan, Kangga and Kecchaera.

If a nation’s borders define its physical boundary, a Sikh, a member of a nation without borders, is defined by his/her identity. Any transgression of this is an attack on his/her being,” Mejindarpal added in the letter that highlighted, amongst others, the following three issues concerning the wearing of Kakaar in the UK :