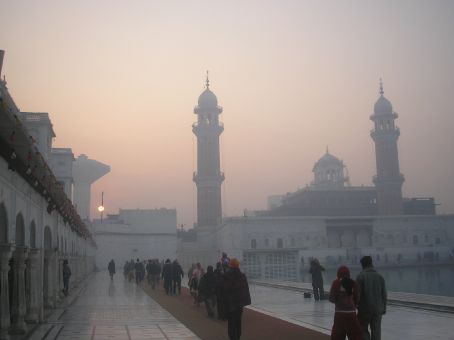 Chandigarh, Punjab: The Punjab Pollution Control Board (PPCB) has written to expert research agencies and organisations to study the impact of environmental pollutants on Harmandar Sahib and the towns of Mandi Gobindgarh and Ludhiana.

The information was submitted by Punjab government in response to an ongoing case in the Punjab and Haryana high court regarding the effect of pollution on Harmandar Sahib.

Proposals with regard to a source study of suspended particulate matter are awaited from the National Environmental Engineering Research Institute, Mumbai; Automotive Research Association of India, Pune; and Indian Institutes of Technology in Mumbai, Chennai and Kanpur, the state said.

After examining proposals from these agencies the study project would be given to one of them, the government said.

The PPCB said 52 gold purifying units located near Harmandar Sahib that were earlier using coal as a fuel are now using the relatively clean LPG.

It was submitted that the PPCB took 15 rainwater samples from Amritsar from June to September and found that the rainwater was non-acidic.

The court was also informed that after inspection of 19 industrial units in Amritsar, four — Hari Rubber Private Limited, Bombay Finishing Mills, KK Enterprises and Dashmesh Plywood — were found violating provisions of Air(Prevention and Control of Pollution) Act, and action had been taken against them.

The high court had taken cognisance of a letter addressed to it by one Gursewak Singh.