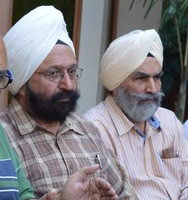 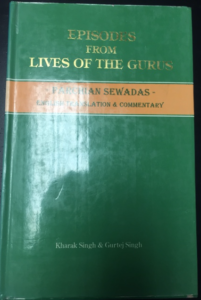 Vancouver, Canada: Prof. Gurdarshan Singh from India has been a professor of history with Punjab university. Sikh organizations around the world is now starting to invite him as a scholar to give lecture(s) on Sikhism so that our offspring remain attached to our religion, history and traditions. This Baisakhi he was invited by Sikh Organization based in Surrey, Canada who is strongly aligned with Sikh Missionary College, Ludhiana. It is to be noted that this group have been very active to change Khalsa initiation ceremony or Amrit Sanchar by reading two Banis instead of five which were recited since Guru sahib’s time in 1699 AD.

Please watch below video taken at time of Nagar Kirtan. All what he is saying in that video is not only far from truth but a 100 percent bunch of lies. He says that Dasam Granth was imposed upon Sikhs by British to weaken Sikhs.

If we analyze more deeply, we find that British took over Punjab in 1849 AD after Anglo-Sikh wars. Sri Dasam Granth manuscripts date back to 1696 AD during Guru sahib’s time and script is known as ‘Anandpuri bir’. We also find Anandpuri Bir’s reference in “Dasam Granth Darshan”, a book written by Piara Singh Padam. Padam had seen that Bir. Apart from that: 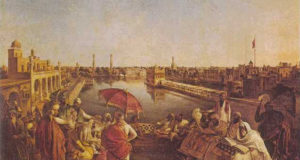 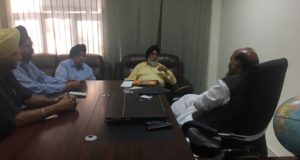 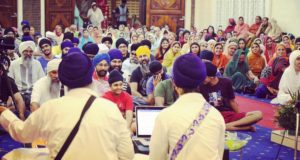