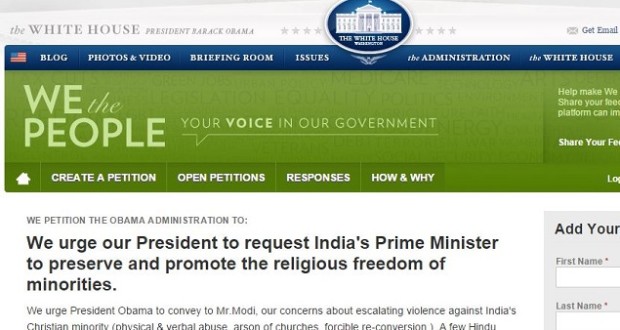 White House responds to all 100k+ petition signers. Petition was the effort of Non-Profit American based organzation – Sikhs For Justice

Thank you for your petition.

During his recent trip to India, the President discussed the importance of religious freedom and tolerance in India on January 27 during his speech at Siri Fort in New Delhi. President Obama underscored that India’s success depended on the nation not being “splintered along the lines of religious faith.” The President welcomed Prime Minister Modi’s February 17 condemnation of religious-based violent acts, and his assurance that his government will give equal respect to all religions.

As the President said in his January 27 speech, “In both our countries, in India and in America, our diversity is our strength.” We are committed to working with India to reaffirm this principle not just within our own countries but around the world.