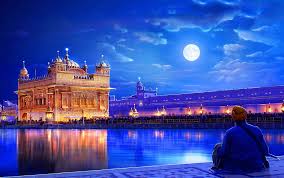 Sikhs will not be celebrating Bandi Chhor Divas (Diwali) this year

Comments Off on Sikhs will not be celebrating Bandi Chhor Divas (Diwali) this year 9,824 Views

Amritsar, Punjab: Pained over the recent incidents of sacrilege of Guru Granth Sahib in the state, Sikh community has decided not to have fireworks and ceremonial lighting at the Golden Temple this Diwali as well as Gurparb of Guru Ram Das on October 29.

Sikh community organizers has also appealed to the Sikh community to refrain from having fireworks and ceremonial lighting on the two festivals and this day will be known as “Black Diwali”.

“Guru Granth Sahib gives a message of peace and brotherhood, but Akali Dal Badal and SGPC are trying to spoil the peace of Punjab; and we fail to understand why,” says sikh community organizers said, adding: “The people behind these acts have no religion.”

Sikh organizers gathered at Bargari village in Faridkot district on Sunday, at the bog ceremony of the two innocent Sikhs killed by police firing during a silent peaceful gathering against sacrilege of Guru Granth Sahib ji, had made a resolution that called for observing ‘Black Diwali’.

The lights and fireworks at the Sachkhand Sri Darbar Sahib (currently under the hold of SGPC and Akali Dal Badal) on Diwali and Gurparb attract pilgrims from all over the world.

2015-10-27
SSNews
Previous: Sikh who survived a Japanese bullet through the jaw
Next: Punjab Police searching for a man who ‘leaked’ Badal’s photo