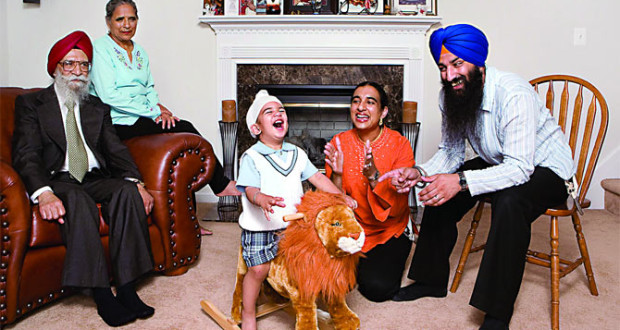 Sikhism lesser known in America; what does the SGPC do?

Comments Off on Sikhism lesser known in America; what does the SGPC do? 674 Views

Washington: Despite the tall claims of the Shiromani Gurdwara Parbandhak Committee SGPC of propagating Sikhism worldwide, majority of Americans are unaware of what Sikhism is or what a Sikh looks like and this despite the country being home to more than half a million of them, a latest study has said.

According to the report ‘Sikhism in the US: What Americans know and need to know’, many Americans have never heard of the religion and only 11 per cent of them have a personal acquaintance or friend who is a Sikh. The majority of Americans (60 per cent) admit to knowing nothing at all about Sikh Americans and knowledge of Sikhism is substantially lower than for other minority religious groups in the United States.

When shown a photo of a male Sikh wearing a turban, only 11 per cent of them recognised him as a Sikh. Far more believe that the person is Muslim (20 per cent), Hindu (13 per cent), or Middle Eastern (28 per cent), the report said. The study commissioned by National Sikh Campaign to provide Sikhs a foundation for awareness-based initiatives that dispel the misconceptions that have driven the dramatic rise of hate-based violence against Sikhs since 9/11.

The report is the most comprehensive study every conducted on the Sikh-American community. “This landmark study will help the Sikh community by giving us the ability to educate Americans in a way that is both relatable and effective. It also allows us to see which demographics are most receptive to our messaging as well as those who we need to target the most to prevent misunderstanding,” said Gurwin Singh Ahuja, co-founder of NSC.