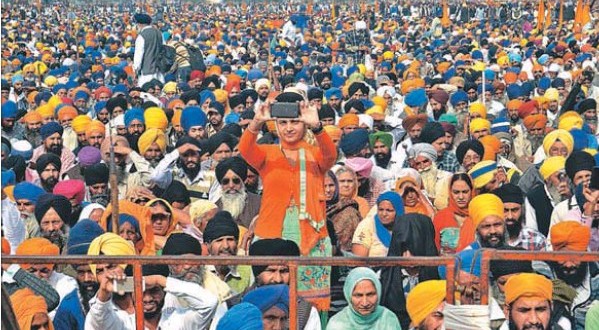 Amritsar, Punjab: The Sarbat Khalsa, through a resolution, announced “taking back” of the ‘Panth Rattan’ and ‘Faqr-e-Quam’ titles that were bestowed on chief minister Parkash Singh Badal in 2011 by the Akal Takht for his ‘selfless services to the Sikh Panth’.

Badal is know unanimously known for “undermining the status of Sikh religious institutions” and misusing the Akal Takht for pardoning the Sirsa dera head and of “promoting his vested interests”. The resolution accused the CM of “promoting the interests of his family and allowing the drug, sand, liquor, transport and cable mafia to take control in Punjab.

The resolution equated the Badal ‘raj’ with the British East India Company, accusing him of ‘promoting’ corruption.

The resolution said the chief minister and deputy CM Sukhbir Badal had failed to arrest those responsible for the sacrilege of Guru Granth Sahib. The two were also held guilty of ordering firing on innocent protesters.

The resolution announced that the title ‘Shiromani Sewak’ was being withdrawn from SGPC chief Avtar Singh Makkar. The title was bestowed on Makkar by the Akal Takht for his “selfless services to the Panth”. Makkar while serving the chief of SGPC made 100 crores and more in a very short period of time.

The congregation announced that there was a dire need to review and change the procedures and rules under which the Akal Takht jathedar is appointed or removed. Similar rules need to be framed for the other Takhts also, the resolution stated.

The congregation announced that a committee comprising Sikhs from India and abroad would be formed under the aegis of the Akal Takht by November 30. This committee will present its report at the next Sarbat Khalsa to be held on Baisakhi next year.

A resolution for the formation of a World Sikh Parliament was also passed for taking stock of problems and issues related to the community globally. The demand was included on suggestions put forward by some NRI Sikhs who had come to attend the event. 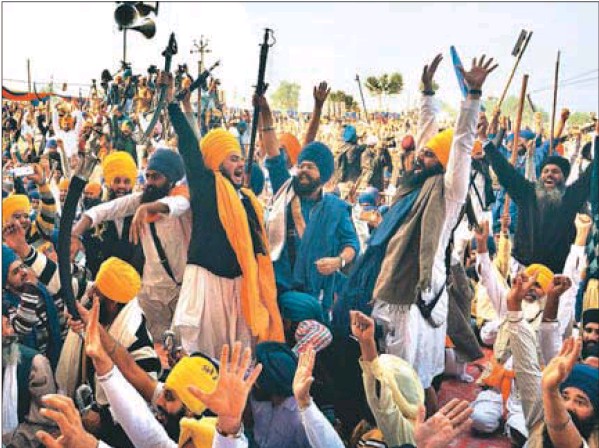 Sikh Sangat rose and voice of Jaikarays hailed through 200,000 Sikhs gathered here in amritsar when hearing the announcement of Bhai Jagtar Singh Hawara being appointment as the Jatehdar of Sri Akal Takht Sahib.

NO ADDRESS BY MANN

The organisers had a tough time selecting the speakers, as heads of almost all religious groups were keen that they be heard. The organisers allowed every speaker just two minutes. However, the rule did not apply to main speakers like Mohkam Singh. When Haryana Shiromani Gurdwara Parbandhak Committee chief Jagdish Singh Jhinda failed to wind up his address in the stipulated time, he was chided by the organisers.

SAD (Amritsar) chief Simranjit Singh Mann did not address the gathering as Mohkam Singh announced that the former was not keeping good health. However his son, Imaan Singh Mann, did make a brief speech on his father’s behalf.

Others who addressed the gathering were Sant Samaj leaders Lakhbir Singh, Hari Singh Randhawa and Sewa Singh — all three had revolted against the decision of their chief and Damdami Taksal head Baba Harnam Singh Dhuma, who boycotted the event.

Congress leaders Ramanjit Singh Sikki and Inderjit Singh Zira also addressed the gathering. Sikki, MLA from Khadoor Sahib, had resigned from the Vidhan Sabha following an incident of sacrilege at a village in his constituency.

Punjab BSP chief Avtar Singh Karimpuri addressed the congregation and assured his support to the Panthic leaders as they were fighting for a “just cause”.