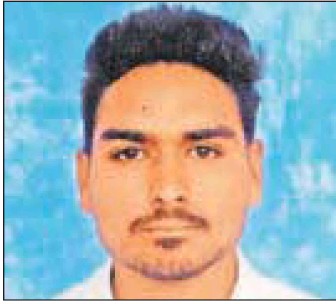 Amritsar, Punjab: Two bullets fired by police have shot this Sikh protester out of reckoning for a Border Security Force (BSF) job and crippled his prospects of being an earning hand for his family.

Once aspiring to defend his country, Beant Singh (22) of Faridkot’s Behbal Khurd village now has appealed for “a government job under disability quota”. On October 14 at Behbal Kalan on the Bathinda-Kotkapura road, he was offering food to Sikhs opposing desecration of their holy book when he saw protester Krishan Bhagwan Singh take a bullet and got hurt in trying to pick him up.

He was later moved to the Jaiton Mandi civil hospital, 16 kilometers from Bathinda, and then to Faridkot Medical College and Hospital, he is now under treatment at SPS Apollo Hospital in Ludhiana since October 15.

Beant Singh says he was “caught unawares”. “Without realising that police had opened fire, I rushed to help Krishan Bhagwan Singh, who was like a father-figure to me. Shot in the leg, I fainted on the spot and do not remember what happened next,” he said, adding: “Most people on the spot were in a similar state of shock over the sudden aggressive move of the policemen.”

Having graduated with more than 65% marks from a college in Bathinda district and done well in the October 4 BSF recruitment examination, he was confident of getting through. “The bullet injuries have required a rod implant to support my upper-leg bone, so clearing the medical test for joining the BSF is now out of question,” said Beant Singh.

The eyes of his father, Balkaran Singh, welled up, as he looked at his son. “He cannot achieve his goal now but I want him to live a happy life. I did not compromise on his treatment and have already spent `2.75 lakh, thanks to help from my friends and relatives. But it’s a huge debt to repay. The village sarpanch called me just once to say I should give him the hospital bills to get compensation. There has been not a word from any official, ,” rued Balkaran.