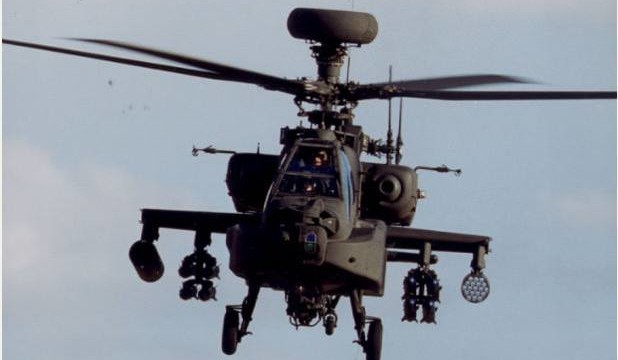 Westland helicopter deal could be linked to Amritsar Gurdwara massacre.

Comments Off on Westland helicopter deal could be linked to Amritsar Gurdwara massacre. 154 Views

Amritsar, Punjab: Helicopters built in the West might have been bought by India almost 30 years ago to ‘return the favour’ for the SAS involvement in a mission which ended in a massacre at the Amritsar Gurdwara in 1984.

That was the claim made by one MP yesterday, after papers released by the Government showed that ministers agreed to an Indian request for help to work out how to evict Sikh protesters from India’s Golden Temple.

The action to remove them turned into a bloody massacre, and hundreds – possibly thousands – of Sikh protesters were killed in the three-day operation.

Prime Minister David Cameron yesterday ordered an inquiry into the revelation that the British military played a part in preparing for Operation Blue Star, the operation in June 1984 which led to the massacre.

But at Prime Minister’s Questions, Labour MP Tom Watson asked if the British involvement in Operation Blue Star was linked to the Indian government later purchasing a fleet of helicopters built at what was then the Westland Helicopters firm in Yeovil.

Mr Watson said: “On your Amritsar inquiry, instead of ordering the civil servants to investigate, why don’t you just ask lords Geoffrey Howe and Leon Brittan what they agreed with Margaret Thatcher, and whether it had anything to do with the Westland Helicopters deal at the time?”

Mr Cameron dismissed any suggestions of a conspiracy.

He said: “I fear that you might have gone a conspiracy too far on this one.

“Look, it is very important that we get to the bottom of what happened, that is why I have asked the Cabinet Secretary to lead this review.

The request for British advice is disclosed in a letter, dated February 23, 1984, from Brian Fall, private secretary to then foreign secretary Geoffrey Howe, to Hugh Taylor, his counterpart under home secretary Leon Brittan.

The letter said: “The Indian authorities recently sought British advice over a plan to remove Sikh extremists from the Golden Temple in Amritsar.

“The Foreign Secretary decided to respond favourably to the Indian request and, with the Prime Minister’s agreement, an SAD (sic) officer has visited India and drawn up a plan which has been approved by Mrs Gandhi.

“The Foreign Secretary believes that the Indian Government may put the plan into operation shortly.”

In an indication of the sensitivity of the matter for community relations in the UK, the letter continued: “An operation by the Indian authorities at the Golden Temple could, in the first instance, exacerbate the communal violence in the Punjab.

“It might also, therefore increase tension in the Indian community here, particularly if knowledge of the SAS involvement were to become public.

“We have impressed upon the Indians the need for security; and knowledge of the SAS officer’s visit and of his plan has been tightly held both in India and in London.

“The Foreign Secretary would be grateful if the contents of this letter could be strictly limited to those who need to consider the possible domestic implications.”

The deal which saw the Indians buying Westland helicopter has long been controversial.

For years, Indian media accused Mrs Thatcher of ‘bullying’ the government in New Delhi to take on the £65 million deal, which saved an ailing Westland from going bust in 1984, and set up the deal for Westland to be taken over, which later sparked the row in which Michael Heseltine resigned.

Back in 1997, one of the first things the then new international development secretary Clare Short did was order an inquiry into the deal, which discovered that the £65 million the Indians paid for the helicopters was actually part of the aid budget given by Britain to India the previous year.

The deal was cursed too – two of the helicopters crashed within a couple of years, and the entire fleet was grounded in the early 1990s, and eventually sold back to Britain for scrap in 2000.