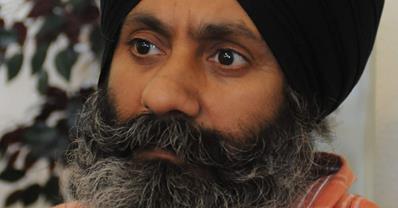 Daytona Beach, US: The man behind the counter at the beach side convenience store smiles easily at the steady stream of customers who parade through his shop.

A year ago Sunday, Kanwaljit Singh could hardly move, much less smile, after another motorist shot at his car several times, striking him twice as he drove his small Ford over the Dunlawton Bridge.

One of the bullets penetrated the 47-year-old’s left side and he recalled feeling a piercing hot pain that later rendered him practically immobile as he tried to recover.

Port Orange police investigators said shortly after the Feb. 23, 2013, ambush that they believed the shooting was not random. Singh, a devout follower of the Sikh religion, was wearing the traditional turban that all Sikh males wear. The turban represents a commitment to equality and justice and is also a symbol of faith and service. But it also calls attention to men because many people mistake them for Muslims or Arabs, especially after Sept. 11, 2001, when Sikhs became the targets of hate crimes across the U.S.

The person or persons who took aim at Singh that night as he headed home with his 13-year-old son, have never been caught, Port Orange investigators say, but the case is far from going cold.

“This is being actively investigated,” said Lt. John Jakovenko, adding that detectives have received tips on the case, but none that have produced any results.

Police have said the shots came from a someone in a dark blue or black GMC Sonoma or Chevy S-10 truck that sidled up alongside Singh’s four-door car. Investigators said the driver followed Singh and his son that night after the pair closed up their store and headed east to State Road A1A from International Speedway Boulevard, then south to the Dunlawton Bridge, an eight-mile trek.

After the shots were fired, the suspects continued west over the bridge, then took a left onto Halifax Drive. The truck’s license rear license plate was on the passenger’s side of the bumper.

The shooting sparked concern in Central Florida’s Sikh community because Sikhs had been targeted months prior in other states. At the time of the Port Orange incident, Navtej Khalsa, regional director of the Sikh American Legal Defense and Education Fund in Oviedo, said that Sikhs wear their turbans as a symbol of what they believe in and stand for; however, the turbans also make them a target for people who mistake them for Muslims or Arabs, he said.

A few weeks after the attack, Singh, whose first language is Punjabi, sat in his living room hardly able to walk. Despite the pain and fear brought on by the shooting, as well as concern for his older son who witnessed the episode and called 9-1-1, Singh was able to say that he forgave his attackers, but wanted them brought to justice nevertheless.

Thursday afternoon though, Singh stood happily behind the counter at the business he and his wife have owned also for a year and said he is feeling and doing fine.

He touched his left side and indicated that he still feels pain sometimes, but nothing compared to the night he was shot.

He said his son, now 14, is keeping busy in school and is involved in sports. His other son is 5.

When asked about his case and whether he has kept in contact with police, Singh merely smiles and shakes his head.

Things are good now he says, and the shooting is not something he really wants to talk about.

Police are asking that anyone with information about this incident