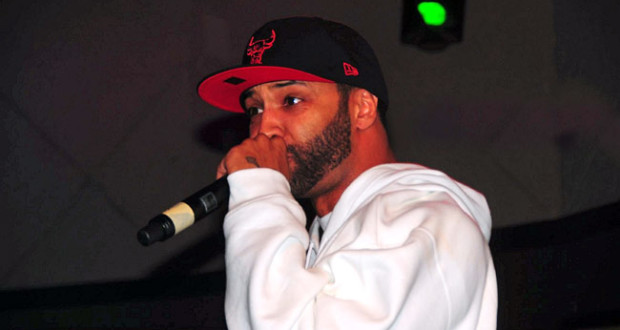 New York, USA: An American rapper has made racist comments about a Sikh man in a picture he posted on a website but withdrew it later after drawing flak for his remarks online.

Joe Budden, a member of the hip hop group Slaughterhouse, had last week posted a picture on his Instagram account showing an elderly Sikh standing in an airport security line.

Budden’s accompanying caption read, ‘Not on my watch Homeboy!’, insinuating that he was a terrorist.

Budden received a lot of flak for his racist comments with several people taking to microblogging site Twitter to express their anger, the Huffington Post reported.

Advocacy group Sikh Coalition voiced appreciation for
those ” who ( respectfully) spoke up and called Joe Budden out on his racist comments.”

Reacting to the caption on the photo, a Twitter user Fateh Singh wrote, “Racism and ignorance at its finest.”

Another user said Budden “fails to understand that ‘stereotypical terrorist’ jokes have gotten innocent Sikhs killed, post 9/11, purely off of ignorance”. Arsalan Iftikhar tweeted that “Posting a picture of Indian Sikh man insinuating he’s a terrorist is not cool.”

A user Jaskaran Dhanoa urged Budden to take a serious look at his actions, telling him that “you are a human just like everyone else. Same blood runs in our veins. Your ancestors know about racism.”

Budden replied to Dhanoa saying that he should not take the caption seriously and “lighten up” to which Dhanoa said racist jokes was inappropriate. The rapper later removed the post from his Instagram account.