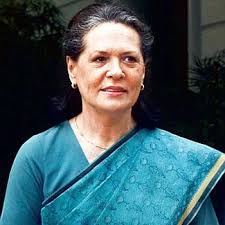 New York, USA: A US court here has rejected a request by a Sikh rights group seeking more time to respond to a motion filed by Congress President Sonia Gandhi to dismiss a human rights violation case against her in the 1984 Sikh genocide brought by the group.

Judge Brian Cogan of Manhattan federal court turned down the request for a 21-day extension made by a lawyer on behalf of the Sikhs For Justice (SFJ). The SFJ was given time till February 6 to “investigate” whether or not Gandhi was in the city between September 2 and September 9, 2013, and file its opposition to her motion to dismiss the human rights violation lawsuit due to insufficient service of summons.

Gandhi had submitted a new declaration on January 13 to the US court in support of her motion to dismiss the lawsuit. In the declaration, Gandhi stated that she has “not been to New York or to the United States during the period of September 3, 2013, through September 9, 2013”.