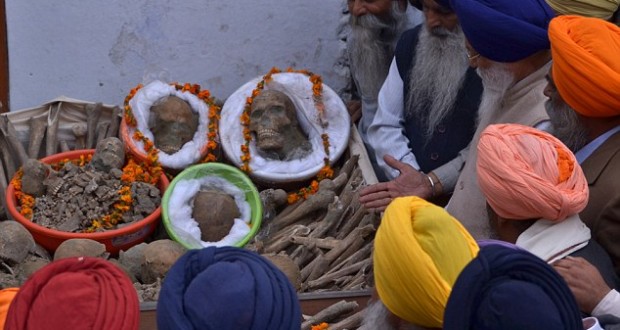 To identify skeletal remains of 1857 mutineers, researchers may seek help from British Library

Amritsar, Punjab: Following the recovery of mortal remains of 1857 uprising martyrs from Kalianwala Khu in Ajnala, the state government has decided to ascertain their identity before performing their last rites.

Dr Randhawa said: “Ancient coins recovered from the well have made it evident that the mortal remains belong to the soldiers who were a part of the 1857 uprising.” He, however, said they would still like to ascertain the identity of all the 282 martyrs for which their department would tie up with British Library to access relevant documents.

On some historians’ view about preserving the mortal remains, he said those involved in the excavation were in favour of performing the last rites and their sentiments should be considered while taking any decision in this regard.

Ravi Bhagat, Deputy Commissioner, Amritsar, who also accompanied the officials, said they had already initiated a drive to search for relevant records. “We’ve started looking for records in the office of the Divisional Commissioner as well as my own office in Amritsar,” he said.

On residents’ demand to raise a memorial, he said Chief Minister Parkash Singh Badal had already promised the same. The details would be worked out in due course of time, he added.

Surinder Kochhar, a researcher, said the administration had asked them to identify a site for performing the last rites of the martyrs. He said they found another five gold beads from the historic site today.

Meanwhile, the management committee of Gurdwara Shaheed Ganj has exhibited the mortal remains in glass cabins on the gurdwara premises to enable the people to pay respects to the martyrs.

Kalianwala Khu, SGPC are not aware of Sikh History 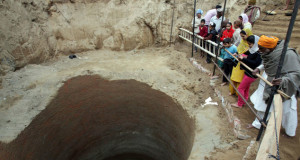