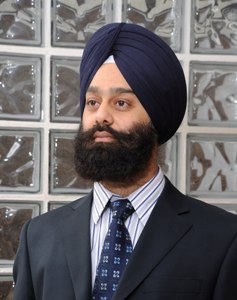 The Sikh Farming King Of Argentina Called Maharaja By Locals

Comments Off on The Sikh Farming King Of Argentina Called Maharaja By Locals 1,894 Views

Arjentina: An Indian-origin man in Argentina, who started a peanut farm a few years back, has now grown by leaps and bounds and become an “uncrowned king” of rice, soya and corn plantations in South America.

Simmarpal Singh’s company Olam, based in Singapore and run by people of Indian origin, is one of the major rice traders of the world, says R. Viswanathan, India’s ambassador to Argentina, Uruguay and Paraguay.

Argentines do not follow the Indian practice of ploughing the land nor the method of developing a nursery first and then transplanting the rice plants. The farmers here use the “no-till” method, also called “direct seeding”.

The seeds are directly planted in the land with seeding machines. Fertiliser containing nitrogen, potassium and phosphorous is also added in the same hole where rice is put. Before planting, glyphosate herbicide is sprayed to kill the weeds. Spraying is done from an aircraft.

The rice fields are then watered with a water pump that works almost non-stop for 90 days till the rice seeds ripen. There is a water pump for every 70 hectares and there is a man to take care of the watering for every 140 hectares.

Argentina’s rice yield per hectare is seven tonnes, which is almost double that of India. Argentina produces about 1.5 million tonnes of rice of which one million is exported.

Viswanathan says Singh has impressed everyone with his “Indian-style” hard work and also with the pleasant Latino way in which he manages his Argentine employees.

“He has cultivated commendable rapport with the Argentines in the same efficient way with which he cultivates the land. The Argentines admire this young Indian’s dynamism and adore his turban, thinking that he is a Maharaja,” he says.