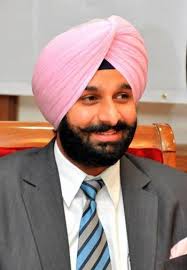 Tankhah to Majithia too mild: SAD (A)

Comments Off on Tankhah to Majithia too mild: SAD (A) 440 Views

Held guilty of distorting a “shabad,” Majithia has been told to wash langar utensils at the five Takhts.

Randev Singh Debi, president of the youth wing of the SAD (Amritsar), reminded the Sikh clergy that Guru Har Rai had ex-communicated his son for distorting hymns.

“ If the same mistake was committed by a leader of any other party, he would have been definitely ex-communicated,” he said.

Debi said there was a feeling among the Sikhs that the Akal Takht Jathedar had become a puppet in the hands of the state government.

He asked the Sikhs to boycott Majithia as well as the Chief Minister.