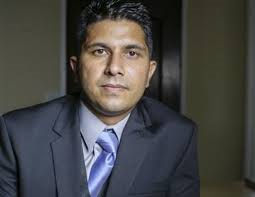 Wisconsin, US: The son of the founder of a Sikh Gurdwara attacked in 2012 has failed in his bid to enter the US Congress, where he had hoped to campaign against violence.

Amardeep Kaleka – whose father Satwant Singh Kaleka was among six worshippers shot dead by a white supremacist US Army veteran at the Oak Creek, Wisconsin, Gurdwara – had said he would fight against gun violence and promote a more peaceful society as a lawmaker.

But Kaleka, a filmmaker, was handily defeated Tuesday in the primary election for the nomination of President Barack Obama’s Democratic Party by Rob Zerban, a former business owner and environmentalist who won nearly 78 percent of the vote.

Zerban, who also won the nomination in 2012, will face a rematch against Representative Paul Ryan, a Republican Party star who was the vice presidential candidate two years ago.

Ryan has been re-elected comfortably since his first race in 1998, although the blue collar district in southern Wisconsin voted for Obama in the 2008 presidential race.

Satwant Singh Kaleka was an Indian immigrant who worked at a gas station before saving money to build the temple. The 65-year-old was credited with saving lives by using a fruit knife as he battled the white supremacist assailant, who shot him five times.

Previous: US man arrested for mowing down Sikh
Next: Sikh Relief Travel to Essex to Offer Food and Clothes to Afghan Sikhs