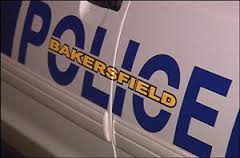 Sikh Truck Driver Shot Outside His Home in California

California, USA: A 45-year-old Sikh truck driver was shot dead by police in the city of Bakersfield in southern California on Sunday morning. According to reports in the local media, the victim has been identified as Jaspal Singh. The police reportedly responded to a call about domestic disturbance from a home near Oswell Street on San Mateo Drive in Bakersfield.

When cops reached the spot, Singh reportedly had his gun pointed at them. He was fired at five times.

Detective Todd Farnsworth was quoted as saying by local news networks, “Upon arriving on scene, officers were encountered with a male subject with a gun. The subject pointed the gun at officers.”

He said Singh was hit by five shots fired by one of the two officers. He was rushed to hospital where he succumbed to his injuries.

Singh, who came to California from Bharo Majra village near Phagwara in Punjab about a decade ago, was reportedly suffering from depression. No details about his family were known.

The officer who shot at Singh has been sent on leave as police continue their investigations.

Bakersfield is home to some very successful Sikhs in southern California, including Mehnga Singh Sangera who was the first Indian to own car dealerships (Mercedes, Volvo and Subaru) since the 1950s.

Previous: 5 Sikhs Who Made a Difference in 2013
Next: Must Read Poem Dedicated to Akali Phula Singh By a British Writer