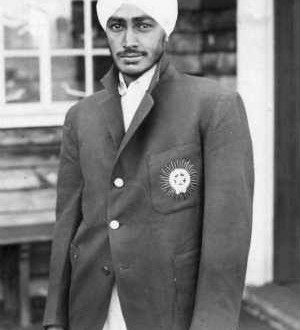 It was the summer of 1932. The Londoners had made a beeline for Lord’s to watch the Indians, the babies of world cricket, in action against the home side. The Indians had left troubled times back home: independence was still some time off, and this was their opportunity to give it to the “rulers.”

The tourists were probably expected to be pushovers. England’s openers Herbert Sutcliffe and Percy Holmes had, after all, put up a world record stand of 555 nine days back. This time, however, they had to contend with Mohammad Nissar and Amar Singh, who bowled with three slips and three short-legs. England had reached a mere 11 when Sutcliffe had been cleaned up with a lethal in-swinging yorker and Holmes’ off-stump was sent cart-wheeling by the same bowler.

Frank Woolley, the classy Kent genius, had just about started to look comfortable. He played his famous on-drive between bowler and mid-on — but did not realise that Lall Singh was manning the place. The first run was an easy one; the second could have been easy had it been any other Indian fielder.

Lall Singh swooped on the ball and released it in one go: the ball flew to Janardan Navle’s big gloves on the bounce with pinpoint accuracy, and Woolley was found short of the crease. The Cricketer wrote: “It was an extraordinary lapse of judgment on the part of a highly experienced cricketer (Woolley) who should have known that Lall Singh was about the best fieldsman in an exceptionally good fielding side.”

The man: He was short (5’7”), lithe, and “glided over the ground like a snake.” Wisden wrote: “On the tour of England in 1932 he (Lall Singh) stood out in a team in which the fielding was below average with some spectacular work in the field.” He was incredibly fast, had great anticipation, pounced on the ball with amazing alacrity, and threw accurately: in a nutshell, to borrow a cliché, he set the field on fire with his superlative fielding.

Lall Singh was perhaps India’s first specialist fielder. He was certainly not a spectacular batsman (1,123 runs from 26 First-Class matches at 24.95 with a single hundred does not speak a lot about his batting talents), and his slow-medium paced bowling fetched him a solitary wicket, that too against Scotland. It was his fielding that made him stand out.
Early days: Lall Singh was born in Kuala Lumpur, and remains the only Malaysia-born Test cricketer. His brother BS Gill also played cricket —though not at First-Class level — for Malaya and Federated Malaya States. Lal Singh played a handful of matches for Federated States of Malaya.

His electric fielding grabbed attention when a star-studded team (led by Bert Oldfield) toured Malaya in 1926-27. After Oldfield declared at 229 for six in a one-innings, one-day match at Ipoh, the hosts were bowled out for 93. Batting at five Lall Singh was left stranded: he top-scored with an unbeaten 30. A few days later at home he displayed some rare bowling skills, routing Straits Settlements for 189 with figures of five for 44.

There was a match haul of five for 73 against Hong Kong at their den; against Straits Settlements in Singapore, he had six for 109, followed by 138 and four for 76. But above everything he remained a champion fielder. Words of his skill got around, and on arrival to India, he was picked by Vizzy’s XI against Ghnashyamji Limbdi’s XI. The resident Indians of Malaysia raised a fund to send him to Patiala for the match.

In what turned out to be his First-Class debut, he scored 31, but his fielding received wide acclamation. In the two trial matches for the England tour, Lall Singh was selected for Possibles to play the Probables and for Rest of India against India at Lahore. He scored ten in the first match and one and a duck in the second. Despite that he was picked for the tour — because nobody matched his quality of fielding.

Test debut: Lall Singh scored 42 and 47 in his first match of the tour against Gilbert Scott’s XI at Peasmarsh, but the match did not get First-Class status. Thereafter there was a series of failures till the match against Worcestershire at New Road: by now the marked specialist fielder, Lall Singh batted at eight and scored 52. It remained his only fifty of a tour where he finished with 418 runs at 19.90.

However, the 52 came just a week before the only Test (which was also India’s first), and Lall Singh was picked. The selection was not an obvious one. Lall Singh, born in Malaysia, and having spent only a handful of days in India, was technically not eligible to play for India as per the laws. However, the Imperial Cricket Council (the previous name for ICC) agreed, but mentioned that the incident was “not to be regarded as a precedent.”

Lall Singh also became the first Sikh to play Test cricket. The first session of the Test has already been narrated above. Douglas Jardine and Les Ames dug in a face-saving rearguard action, and England reached 259; Lall Singh did not get a bowl, but he made a scorecard entry when he caught Walter Robins off Nissar.

India crumbled against Bill Bowes. They were bowled out for 189. Batting at seven Lall Singh scored 15 before he was caught by Jardine off Bowes. Jardine seemed infallible again, this time in company of Eddie Paynter, and the tourists were left to score 346. The score reached 108 for seven when Amar Singh walked out to join Lall Singh.

What followed was carnage: Amar Singh launched a furious assault, Lall Singh held one end up, and the pair added 74 in 40 minutes. It was the first fifty-partnership for India for any wicket (and remained the record eighth wicket stand for India till 1954-55) and came to an end only when Wally Hammond ran through Lall Singh’s defence. He had scored 29. Hammond polished the innings off and India lost by 159 runs.

Back to India: Lall Singh was already employed by the Maharaja of Patiala for his service. He stayed back in India and played Ranji Trophy for Southern Punjab in Ranji Trophy and for the Hindus (though he was a Sikh) in the Bombay Quadrangular. He scored 57 against United Provinces at Patiala and 67 more for a strong Cricket Club of India (CCI) against Bombay.

He scored a duck against Parsees in the 1935-36 Bombay Quadrangular, but Hindus managed a lead of 57. The Hindus were in return reduced to 140 for seven when a youngster called Vijay Merchant joined Lall Singh. Runs came at a breakneck pace, and Merchant was left stranded on 30 as Lall Singh raced to 107 before CK Nayudu declared. It remained Lall Singh’s only First-Class hundred.

He also played three matches against the touring Australians. As Southern Punjab lost by an innings against the tourists, Lall Singh, walking out at 39 for two, scored 53 as Ron Oxenham ran through the hosts with seven for 14. Southern Punjab folded for 115. Lall Singh went back to Malaysia after the season. He played a match for Straits Settlements at home. He batted at four, just below Gill, and top-scored with 85.

Final days: Lall Singh married a singer from Taj Mahal hotel, but exactly what he did after his playing days remains shrouded in mystery. In Patrons, Players and the Crowd, Richard Cashman wrote that he ran a nightclub in Paris with his wife. However, Mihir Bose had another version in A History of Indian Cricket: “There were stories of his (Lall Singh’s) running a nightclub in Paris. The truth was more prosaic. He lived out his life as a groundsman in Kuala Lumpur.” Partab Ramchand almost agreed with Bose; he wrote in ESPNCricinfo that he “moved to Kuala Lumpur where he (Lall Singh) did much to foster talent and encourage the game.”

Lall Singh was invited (though it is not clear from where) to attend the Jubilee Test of 1980 in Bombay. He passed away on November 19, 1985, a month before his 76th birthday. 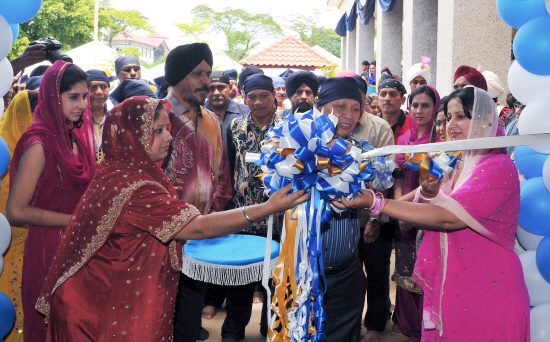