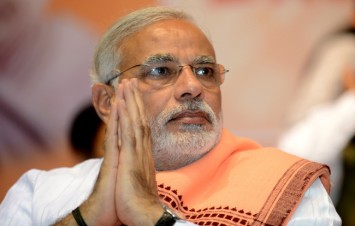 New York, US: tures is calling upon the Obama administration to cancel the invitation to the Indian Prime Minister Narendra Modi “for perpetrating violence against Muslims, Sikhs and Christians.

The SFJ claimed in a press statement that it had obtained more than the required numbers of signatures in their petition calling upon the US administration to disinvite Mr Modi and was now demanding a response from the White House. The petition was launched on July 21 2014 by the SFJ after Mr Obama invited the Indian Prime Minister for a summit at the White House, effectively reversing the 2005 ban on Modi’s entry and visa to United States imposed by the Bush administration.

Obama’s invitation was followed by Secretary Kerry’s visit to India during which he assured that the Indian PM would be granted a US visa to attend the upcoming UN General Assembly session and White House summit.

Previous: How the U.S. Sold Out Indian Asylum Seekers on the Border
Next: Delhi Gurdwara Committee Seeks ‘Bharat Ratna’ Award for Bhagat Singh and Tara Singh