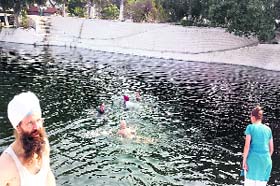 Jalandhar, Punjab: Nearly 15 Sikhs from three European countries today visited Sultanpur Lodhi and took bath in the holy Bein. The nationals of France, Germany and England, who have adopted Sikhism and are here to attend a religious discourse, visited the place, which is important as it was here that Sikhism originated.

The members of the group took bath in the rivulet for about half an hour after which, they went to Nirmal Kutia, where environmentalist Balbir Singh Seechewal has set up a Sikh museum.

Kirpal Singh from Germany said he had taken to Sikhism since the past 20 years and he was visiting all those sites linked with Guru Nanak.

Ishwar Kaur of England said she felt much relieved on visiting the place. 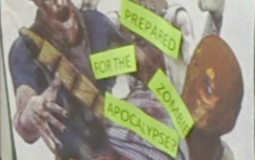