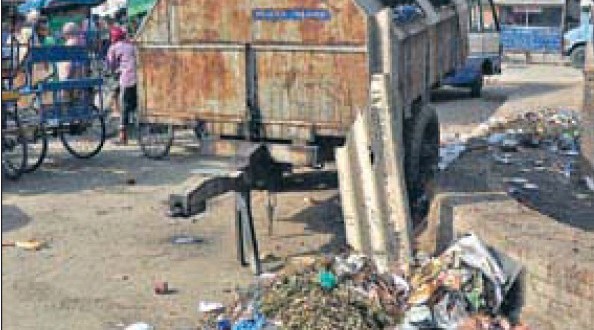 Amritsar, Punjab: Unhappy with the Amritsar municipal corporation (MC) over poor state of cleanliness around the Golden Temple, the Shiromani Gurudwara Parbandhak Committee (SGPC) on Saturday decided to take up the job in its own hands.

The SGPC decision came at an executive meeting held in Fatehgarh Sahib.

At the meeting, SGPC chief Avtar Singh Makkar informed the executives that the corporation “did not carry out cleanliness work around the Golden Temple in an apt way”; and therefore, keeping in mind the importance of cleanliness on the periphery of the temple, the SGPC had decided to take up the job. “Since it’s very important that the temple periphery, the area around Galliara, remains clean, the SGPC will make appropriate arrangements for it,” said Makkar.

He added SGPC would not only make efforts on its own, but also involve the sangat.

Apart from this, the SGPC chief informed the executives that a facelift would be given to Guru Ramdas Niwas, while maintain its heritage look.

Reacting on the development, mayor Bakshi Ram Arora said: “MC is yet to receive any complaint about unsanitary conditions prevailing in the walled city area, especially around the Golden Temple, after the night sanitation work stated. As the contract for night sanitation (with a private agency) is over, work has been suspended for past few days. However, we have pressed all sanitary workers into action to keep the area clean.”

“The area around the Golden Temple is much cleaner than what it used to be before the night sanitation exercise. However, there is always a scope for improvement in every project. We are committed to make more improvements in days to come. The situation will definitely be getting better with the enhancement of services,” said Pradeep Sabharwal, MC commissioner, in response to the charges levelled by the SGPC.

The decision by the SGPC to look into cleanliness issue on its own brings to fore civic authorities’ apathy towards cleanliness of the city in general and around the Golden Temple in particular over the past some time.

As we move towards approach roads of the Golden Temple, we can easily spot garbage heaps and litter strewn on the roads, which is not just eyesore, but gives a bad impression to thousands of Indian and foreign visitors about the city affairs. Unmanaged garbage dumps can be seen near Galliara area and along roads leading to Teh Shrine.

Launched amid much fanfare in the walled city and around the Golden Temple, the municipal corporation’s night sanitation plan has failed to make any significant difference. As the name suggests, the facility was launched with an aim to clean the crowded city at night, but the result speaks otherwise.