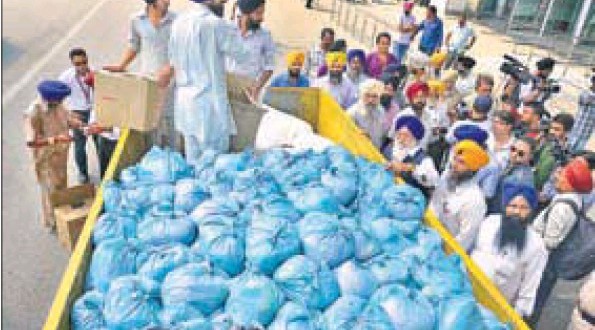 Makkar said on the basis of feedback from their officials in Srinagar, they would keep sending relief packages to J&K. He said the SGPC was also making arrangements for ‘langars’ in Srinagar and other affected places. A 12-member SGPC team comprising senior vice-president Kewal Singh Badal, secretary Dalmegh Singh and executive member Karnail Singh Panjoli would be leaving for Srinagar on Thursday to identify places where langars could be organised.

Besides they will also oversee the arrangements being made in gurdwaras in the Valley for the stay of those who have been displaced from their homes. “We will request the J&K government to provide us some open space to setup a full-fledged relief camp in or around Srinagar,” said Makkar.