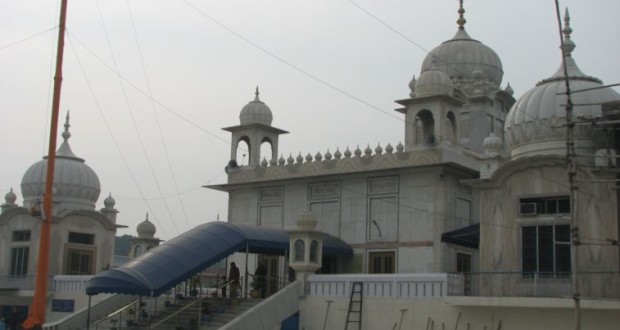 Karnal, Haryana: After almost one month of heavy fortification, Shiromani Gurdwara Parbandhak Committee (SGPC) has ordered retreat of its employees from the Gurdwara Chhevin Patshahi at Kurukshetra.

Following apprehension that the newly-formed Haryana Sikh Gurdwara Management Committee might take control of the shrines, leaders of Shiromani Akali Dal (Badal) and SGPC employees from Punjab were camping at Kurukshetra and seven other historic gurdwaras.

Sources said on Wednesday evening, the SGPC issued a two-line circular to its employees to return to their places of duties in various gurdwaras in Punjab.

The withdrawal started on late Thursday night and in the first batch the Nihang jathebandis or religious groups were directed to leave and on Thursday, the SGPC employees, including members of security task force, started leaving the historic gurdwaras in buses.

The gate leading towards parking lot of the gurdwara was opened after several days and no armed nihangs or others were visible since Friday morning.

Sources said by Saturday evening, only SGPC staff would remain on duty and rest of the persons from Punjab and few districts of Haryana would vacate the shrine premises.