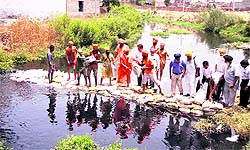 Jalandhar, Punjab: To make the optimum use of the treatment plant at Kala Sanghian, environmentalist Balbir Singh Seechewal with the assistance of his team and volunteers today made a bundh in Kala Sanghian drain near Basti Peer Daad to move the flow of the polluted water towards the treatment plant. With this temporary bundh, residents of more than 100 villages will heave a sigh of relief.

The treatment plant with a capacity of 50 million litres per day (MLD), has not been working to its full strength despite the fact that it was inaugurated on June 5 by Seechewal.

Speaking to Jalandhar Tribune, Seechewal said the reason why the treatment plant has not been working at its full strength is that the Sewerage Board is yet to take permission from the Railway Department to construct a sewer line for waste treatment. Since the sewer has to pass though railway line at two points, it takes at least eight months to get permission certificate from the Railway Department.

“We have made a temporary arrangement to ensure the flow of water as crores of rupees have already been spent on the treatment plant, which would have gone in vain without taking optimum use of treatment plant”, he added.

He said that from now on, only treated water will be put into the drain, which can be used for agricultural purposes. He said he would personally ensure surveillance at the treatment plant to ensure the optimum use of the plant.

When contacted, Executive Engineer of Punjab Water Supply and Sewerage Board, Resham Lal, said that taking permission from railways is not a big issue. The reason behind the delay in the construction of the sewer line is lack of funds. The project is being funded by the Centre and the state on share basis in which the Centre is responsible for providing 70 per cent of funds and the state government and the Municipal Corporation are responsible for providing 30 per cent of the total funds. “The problem is that the fund are not being provided regularly”, he added. 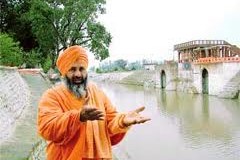 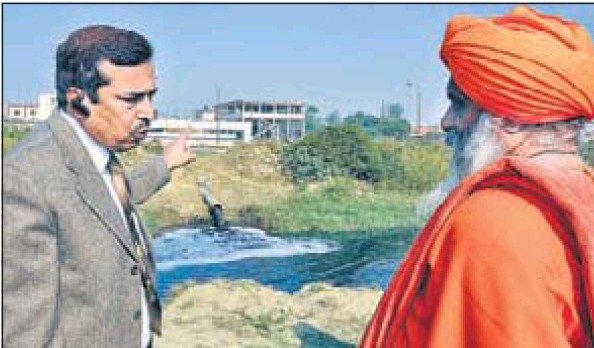