Sahnewal, Ludhiana: The road named after the tenth Guru of the Sikhs, Guru Gobind Singh in Sahnewal stands in a shattered state. It poses serious problems to the residents and commuters. It is believed that the tenth Guru of the Sikhs travelled from Anandpur Sahib via this route to Talwandi Sabo. The people of Sahnewal have deep faith as Guru Gobind Singh Marg is for them a way to divinity.

“Even as the Nagar Kirtan was passing from this path yesterday, it pained me a lot. While on one hand, we wish to revere our Lord but on the other hand we are least bothered about the holy gate that was erected years ago in his sacred memory. The gate is not only neglected but also shattered to a great extent,” said a resident.

“But unfortunately the gate of Guru Gobind Singh Marg is in a shabby condition. It seems that the government has paid little attention towards its upkeep ever since it was built. The flaps coming out of it, worn out bricks, tarnished and faded colour and lack of upkeep, is enough to hang our heads in shame, especially on this auspicious day, when every corner of this small holy town seems to be resounding with His holy presence,” said a cultural preserver Kanwaljit Shanker. “We should definitely spare a thought to preserve the unique historic erection named after our great Guru,” he added.

Baljit Singh, president, Gurudwara Reru Sahib, said- “Every religious mind is concerned about the condition of the gate and we are thinking in terms of either rectifying or shifting it to some distance from the main highway so that the big vehicles that pass from under it, may not pose a problem for the commuters and residents. The private contractor, engaged in the process of road widening is not ready to provide us with any sort of construction material”.

President of Nagar Council, Sahnewal, Kulwant Singh Kanti, when contacted said- “We too are worried about the shabby condition and the insecure posture of the gate but the private contractor engaged in the widening of highway is not supporting us in any way. 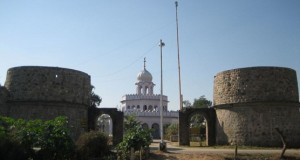 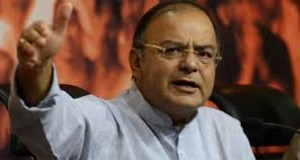