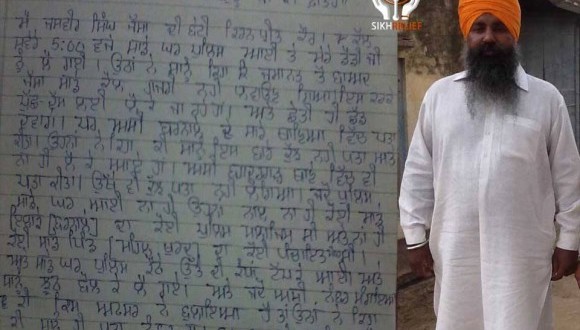 Comments Off on Picked up by Punjab Police two days back, Jasvir Singh Manki is now lodged in Malerkotla Jail 844 Views

The police claimed that Jasvir Singh has been detained in wake of India’s Independence Day on August 15 and death anniversary of slain Akali Dal leader Harchand Singh Longowal. He would remain in Malerkotla jail till August 22. The family has heaved a sigh of relief after receiving the news of his presence in Malerkotla jail.

Previous: Delhi 1984: Film Based on the Life Story of Bibi Jagdish Kaur Banned in India
Next: 1984 Anti-Sikh Pogrom Victims to Carry ‘Torch of Justice’ From Delhi to New York