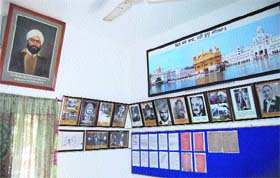 Orphanage sets up museum in memory of Udham Singh

Amritsar, Punjab: Central Khalsa Orphanage (CKO) has set up a museum dedicated to its former illustrious inmate Shaheed Udham Singh on its campus. The one-room museum recreates the environment of the period from 1907 to 1918 during which the martyr stayed at the orphanage.

Sarbjit Singh, member in charge of the orphanage, said a room had been turned into a museum that housed some of the belongings of the martyr, which he used to keep during his stay in the orphanage. Pictures of the martyr and other popular freedom fighters are on display at the museum.

Run by the Chief Khalsa Diwan, the oldest Sikh institution, the orphanage shows admission of Sher Singh, who later adopted the name Shaheed Udham Singh, along with his elder brother Sadhu Singh, on October 24, 1907.

It is the only record relating to Shaheed Udham Singh’s stay at the orphanage. The two brothers were admitted to the orphanage on behalf of Chhanga Singh and Kishan Singh Raagi.

However, the room no. 2, where the martyr lived with his brother was demolished to construct a new building named after him.

The member In charge said, “I joined the orphanage abou two years ago and was startled to learn the curiosity of people to know where the martyr lived. Undoubtedly, the demolished portion can not be resurrected to its original form but a place can be dedicated to the martyr.”

Udham Singh was born as Sher Singh on December 1899 at Sunam. His father Tahal Singh was a watchman at a railway crossing at Upall village. He lost his parents before he turned five. His brother and he were administered Sikh initiatory rites at the orphanage and given new names- Sher Singh became Udham Singh and Mukta Singh was named Sadhu Singh. Sadhu Singh died in 1917, leaving young Udham Singh alone.

Udham Singh left the orphanage after passing the matriculation examination in 1918. History has it that he was at the Jallianwala Bagh on the fateful Baisakhi (April 13, 1919) when General Reginald Edward Harry Dyer ordered his troops to fire, killing over 1,000 people. On July 31, 1940, Udham Singh was hanged at Pentonville Jail, London. On June 4, he was arraigned before Justice Atkinson at the Central Criminal Court, Old Bailey. He was charged with the murder of Sir Michael O’Dwyer, former Lieutenant-Governor of the Punjab, who had approved the action of Brigadier-General REH Dyer at the Jallianwala Bagh.

At present, the orphanage is a home to nearly 375 inmates. The orphanage was started with a child brought from Sindh (Pakistan) by Harbans Singh Attari. Other founders of the orphanage were Sunder Singh Majithia, Tarlochan Singh and Bhai Veer Singh.

All of them were renowned educationists and philanthropists.

As per constitution of the orphanage, only children above six years are admitted. It is mandatory for every inmate to attain education up to matriculation. For this, the orphanage runs a school upto matriculation and later the children join Khalsa School for Higher Education. Besides education, training in musical instruments and shabad kirtan is also imparted to the students. 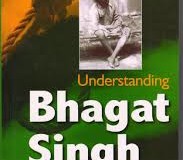