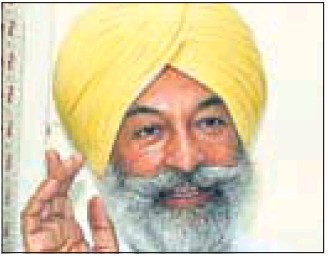 Comments Off on MPs voice concern over attacks on Sikhs in US, Pak 743 Views

New Delhi: A couple of Rajya Sabha members on Tuesday voiced anguish in the House over repeated attacks on Sikhs in the US and Pakistan and asked Prime Minister Narendra Modi to take up the matter with them to ensure their safety and security.

Raising the matter during zero hour, Balwinder Singh Bhunder (Shiromani Akali Dal) said Sikh minorities in US and Pakistan were being assaulted and many of them had been murdered due to hate crimes.

He demanded that the Prime Minister should take up the matter with the two countries and ensure they got protection.

He also raised the issue of citizenship not granted to Afghan Sikhs coming to India.

Bhunder said Sikhs were a brave community and had taken part in many freedom struggles and sacrificed their lives and their protection needs to be ensured. “These hate crimes should stop,” he said.

He raised the issue of killing of Sikhs in the US, UK, Pakistan, Afghanistan and Canada and said they were being subjected to atrocities and discriminated against.


“What is the government doing? Why is it merely watching as a mute spectator as Sikhs are being killed,” he said, adding that Sikhs be provided with protection.

NEW YORK: In the wake of two alleged hate crimes against Sikhs here, a civil rights group has appealed to New York mayor Bill de Blasio to urgently address the issue of discrimination against the minority community.

The Sikh Coalition has written to de Blasio seeking to meet him “to address hate crimes and discrimination against Sikhs” in the city. The group approached the city administration following two attacks in as many weeks against Sikhs in the city.

Earlier this month, Sandeep Singh (29) was injured when he was hit and dragged nearly 30 ft on a public street in Queens by a pick-up truck following an argument with the truck driver, who called him a “terrorist” who should “go back to your country”. Last week, another Sikh man, identified in a report by Huffington Post as Jaspreet Singh Batra and his mother, were attacked by a group of teenagers who called him “Osama bin Laden”.