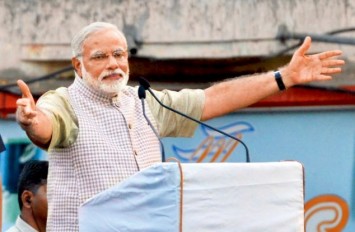 Sirsa, Haryana: Indian prime minister Narendra Modi on Saturday praised Sirsa based controversial and anti-Sikh dera (cult) in a rally of Bhartya Janata Party (BJP). He, however, avoided naming its notorious chief Gurmeet Ram Rahim who is facing various cases of rape and sexual harassment of innocent girls and hurting religious sentiments of Sikhs. He is facing criminal trials before the CBI court.

Modi started his speech with an account of his previous visits to Sirsa at the time of the Dabwali fire tragedy and to seek the “blessings” of the dera chief. As per media reports, hundreds of dera followers seated in a particular section of the pandal responded with thunderous applause. Modi went on to speak about the efforts of the dera to clean cities and praised the organisation amid even louder claps. It is noteworthy a few days ago, dera chief Gurmeet Ram Rahim had lauded Modi for launching “cleanliness drive” saying he was doing “amazing things” for the country.

Modi’s reference to the dera is considered a significant development, as senior leaders, including CM Bhupinder Singh Hooda, have never referred to the dera in their speeches, ostensibly because of the controversies as well as the backlash it can attract from Sikhs. A source said the dera yesterday told followers to reach in Modi’s rally in large numbers. These developments indicate that the dera would extend its support to BJP in the upcoming Haryana assembly polls. 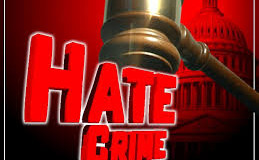