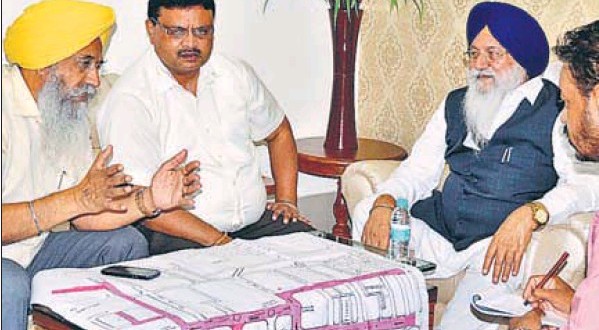 Amritsar, Punjab: With the Shiromani Gurdwara Parbandhak Committee taking up the cleanliness work around the Golden Temple in its hand, the MC authorities on Wednesday swung into action and held a meeting with SGPC president Avtar Singh Makkar and senior office bearers.

Even as municipal commissioner Pradeep Kumar held discussions with SGPC office bearers, the MC wants to run this drive independently and has no plans of collaborating with the SGPC in this regard.

“During the meeting, we shared our work plan with SGPC office bearers and president. We have also constituted special teams — led by officials of health, and operation and maintenance departments — to take care of the cleaning operations,” he said.

He added that the drive would initially focus on four main areas — the approach road from Hall Gate to the Golden Temple; the Golden Temple to Sikandri Gate; and Ghee Mandi to Sheranwala Gate. “The cleaning operations will be conducted from 6am to 2pm and 2pm to 10pm,” he said.

The municipal commissioner added that 18 new dustbins would be placed at all these locations, while two auto-rickshaws, four tractor-trolleys, six cycle rickshaws and 10 handcarts would be pressed into service for lifting garbage.

Sabharwal added that from Thursday onwards the super sucker machine would also be sent to these areas.

“The results of the cleanliness drive shall be visible in the days to come,” he maintained.

The decision to take up the cleanliness work into its own hands was taken by SGPC executives at a meeting held at Fatehgarh Sahib n August 23.

The SGPC has been unhappy with the MC for not making sincere efforts to clean the area around the shrine, which is visited by thousands of devotees each day.

The SGPC decision came even as the cash-strapped civic body claimed to be spending a fortune on cleaning the areas around the Golden Temple.

Though the SGPC intends to embark on its cleanliness drive on September 1, the civic body claimed to have launched its special cleanliness drive in the vicinity of the walled city area on Wednesday itself by cleaning a few areas.