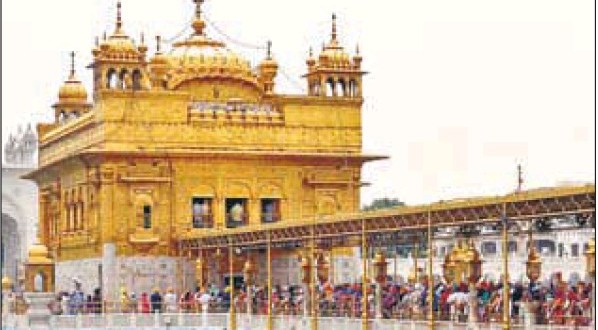 Hundreds of followers paid their obeisance to the gur u and prominent preachers narrated the tales of guru’s life and unfolded details of how he was martyred by the Mughals on the order of Emperor Jahangir for alle gedly of fering shelter to Khusro, the rebel son of the emperor, and praying for his victory.

They narrated how the guru calmly accepted the torture in the form of the will of God.
F a mo u s ‘kirtani jathas’ enthralled the cong re g ation with ‘gurbani’, and urged the people to follow the teachings of the Guru and lead pious and meaningful life.

Langar (community kitchen) was served to the ‘sangat’ (gathering) after the ‘ardas’ (prayer).