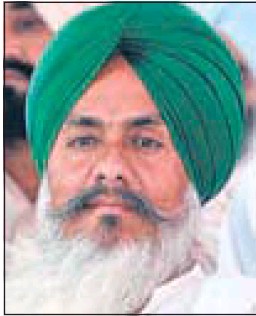 Comments Off on ‘Manmohan Singh stalled formation of HSGPC’ 888 Views

Tarn Taran, Punjab: Punjab Pradesh Congress Committee (PPCC), general secretary, Harminder Singh Gill, has claimed that had it not been for the intervention of former prime minister Manmohan Singh, the Sikhs of Haryana could well have got a separate committee to manage the affairs of their gurdwaras instead of being gover ned by the Shiromani Gurdwara Parbandhak Committee (SGPC).

In a statement issued here on Saturday, the Congress leader further claimed that the process of formation of the Haryana Sikh Gurdwara Parbandhak Committee (HSGPC), which was set in motion by chief minister Bhupinder Singh Hooda in 2009-2010, was halted at the intervention of Dr Singh, who was then the prime minister. This happened after Punjab chief minister Parkash Singh Badal took up the issue with the former PM, he added.

“Badal took advantage of his ‘good relationship’ with Dr Singh, to get the HSGPC proposal of the Hooda government shelved. However, he (Badal) has no one left in Delhi to help him out as the Modi government too will support the Sikhs of Haryana,” he claimed.

Gill, a former leader of the All India Sikh Students Federation (AISSF) and brother-in-law of senior Shiromani Akali Dal (SAD) leader Bhai Manjit Singh, welcomed the fresh move of the Hooda government on the HSGPC. The Sikhs of Haryana have the right to administer their own shrines instead of being governed by the SGPC, he added.

He said that it was rather ridiculous on the part of Badal to oppose the HSPGC. He sought to remind Badal of the stand that his party took in getting the Delhi Sikh Gurdwara Management Committee formed by threatening to launch a ‘morcha’ if this demand was not met.

“Wealth from the shrines of Haryana is going into the coffers of the SGPC with a very small portion being utilised for the Sikhs of the neighbouring state. ”, he added.

“Badal will see for himself that his very own government, the NDA will give its approval for the formation of the HSGPC after it is cleared by the Haryana government. This is because political parties in Haryana, including the BJP and those headed by OP Chautala and Kuldip Bishnoi, were all supporting the formation of a separate management committee for the Sikhs of their state”, Gill added.

The Congress leader declared that he would be attending the ‘Maha Sikh Sammelan’ called by the Sikh leaders of Haryana next month in support of the HSGPC. He said that Badal had lost the support of almost all the SGPC members from Haryana and now there was no stopping the formation of the HSGPC.