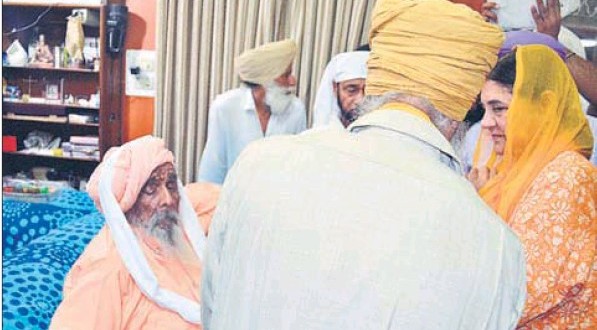 The police denied entry to all journalists into the room where the minister was waiting for Sant Baba Ajit Singh Hansali Wale even though the district administration had given official invitations to the media.

However, this HT reporter managed to enter the room posing as a devotee at 10 am. While waiting for Babaji, the minister interacted with local officers on the issue of agencies involved in the implementation of central welfare schemes.

SDM Pooja Syal Grewal briefed her about the district scenario. The minister also directed officials for setting up of a women welfare centre for the rape and molestation victims in the district.

Waiting mediapersons were informed by her personal assistant (PA ) that it was her personal visit so she would not meet anyone. Meanwhile, some anganwari workers raised slogans against the Modi gover nment and the Punjab gover nment when the minister refused to receive a memorandum from the workers who had been waiting at the dera.