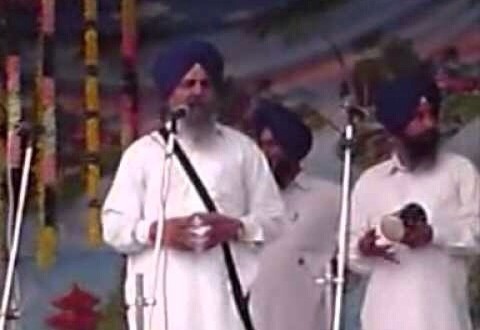 Langar hall should be build by kar sewa not by corporations

Following a meeting here today, Dhadhi Sabha chief and former SGPC member Baldev Singh said they would take out a march from Gurdwara Pipli Sahib in Amritsar on February 17 before sitting on the fast near the langar hall building under construction at the Golden Temple complex.

He said they had earlier planned to start their protest after performing ‘ardaas’ at Akal Takht but the SGPC already has some programme on that day. “We don’t want any confrontation and therefore we decided to kick it off from Gurdwara Pipli Sahib,” he said.

The Dhadhi Sabha is opposing the SGPC move, contending that those engaged in the construction work of the building are non-Punjabis and they even smoke cigarettes and consume tobacco while carrying out the construction activity, which is a violation of the ‘maryada’.

On the other hand, the SGPC today directed the construction firm to strictly ensure that the employees engaged in the construction activity don’t resort to cigarette smoking or tobacco consumption while working at the langar hall building.

Earlier, SGPC chief Avtar Singh Makkar had cautioned against the “misinformation campaign” unleashed by Baldev Singh. He had argued that the contract for the building was awarded to a private firm only with an intention to complete it within a specific time frame.