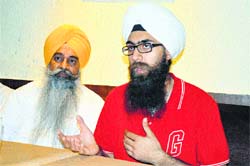 Ludhiana, Punjab: Amarbeer Singh Gill, a 22-year-old Sikh youth, born in UK and hailed from Gill village in Ludhiana was elected President of Student’s Union of Royal Holloway College. The Student’s Union represents and provides a service for the need and interests of students studying in the university.

During a media interaction Amarbeer informed that out of 9,000 students around 50 students belong to India.

It is a matter of proud for me as I am representing the students of the University. There are only 5 Sikh students in our university and it is positive development for Sikh community too, said Gill.

According to Amarbeer Singh, he used to play active role in students politics and for the issues of students.

I am concerned about the financial issues of the students along with welfare, sports and entertainment. The student’s politics is totally different from India. In our university, general meetings are highest decision making body of the Union and provide an opportunity to discuss the issues, makes announcements and engage in lively debate. Any student is eligible to attend, vote and have their say. The university gave the financial support to the union, he added. 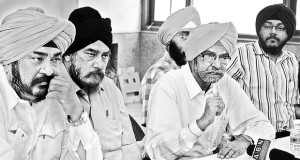