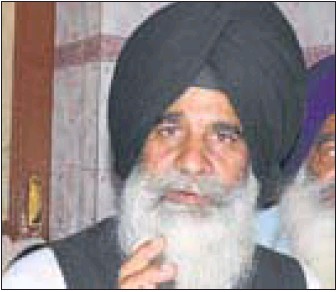 
Jinda was here on Sunday to attend a private function and interacted with the media.
Training guns at Punjab chief minister Parkash Singh Badal and SGPC chief Avtar Singh Makkar, he said both the leaders should have played a constructive role in defusing the tension. “Badal has always played the politics of vote and note (money) by using gurdwara money to achieve his political ambitions,” Jhinda said.

He said he would write to Makkar and Badal urging them to maintain peace at all costs.

Previous: Saharanpur calm under curfew, 36 arrested
Next: ‘Hurdles’ in way of cremating remains