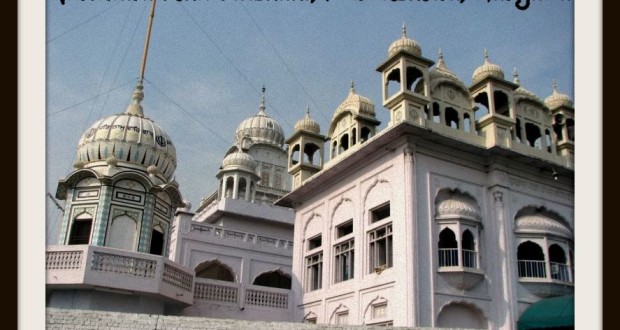 Chandigarh: On a day when a delegation of the Shiromani Gurdwara Prabandhak Committee (SGPC) met Haryana Governor Jagannath Pahadia against the passage of the Haryana Sikh Gurdwara Management Bill, 2014, by the Haryana Assembly, the Governor today gave his assent to the Bill, paving the way for the creation of a separate body for the management of the Sikh shrines in Haryana.

The assent by the Governor came as a relief to the Hooda Government eyeing Sikh votes ahead of the Assembly elections later this year even as the SGPC described the Bill as “a blatant constitutional transgression” and “a brazen interference in Sikh religious affairs”.

Urging Pahadia to decline assent to the Bill and “seek clarification regarding reserving the Bill for Presidential assent,” a delegation three-member delegation led by SGPC president Avtar Singh Makkar today submitted a memorandum to the him alleging that the Bill been passed in an “unconstitutional manner”.

Chief Minister Bhupinder Singh Hooda, however, reiterated his stand claiming that the Vidhan Sabha was competent to pass Bill and “there is no need to forward it to the President” after Governor’s assent. “It was part of party’s manifesto for the 2005 and 2009 Assembly elections. It was party’s agenda and was based on demand of the Sikh brothers,” Hooda added.

Meanwhile, the SGPC memorandum maintained that a state Vidhan Sabha had “no legislative competence “to pass a bill on a subject, which was governed by an Act of the Parliament. “Even after Partition, the gurdwaras which fell in the undivided state of Punjab and PEPSU have continuously been under the jurisdiction of the SGPC by virtue of the Sikh Gurdwara Act, 1925.This scope of jurisdiction has been preserved even after the territorial bifurcation of the state in November,1966,by according SGPC the status of an inter-state body corporate,” the memorandum asserted.